It's summer and once again time for the cemetery vacation tour! This time I’m in Zamora, Spain, as an Hospitalera (a volunteer who takes care of the pilgrims) at a pilgrim hostel on this particular route (La Via de la Plata ) of the Camino de Santiago. 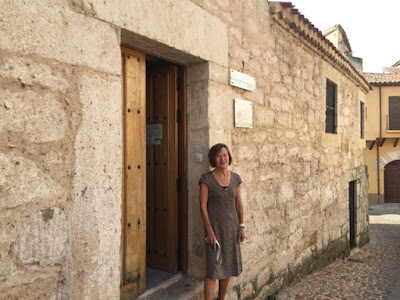 Zamora is in Castilla y Leon, in the north-central part of the country. It's a grain growing, wine producing and sheep herding area, very hot and dry in the summer and bitterly cold and windy in the winter. The Duero, a wide and beautiful but shallow and mostly unnavigable river, runs along the base of the cliff upon which Zamora, like all the defensive towns of Castilla y Leon, is situated, keeping lookout over the plains and fields. 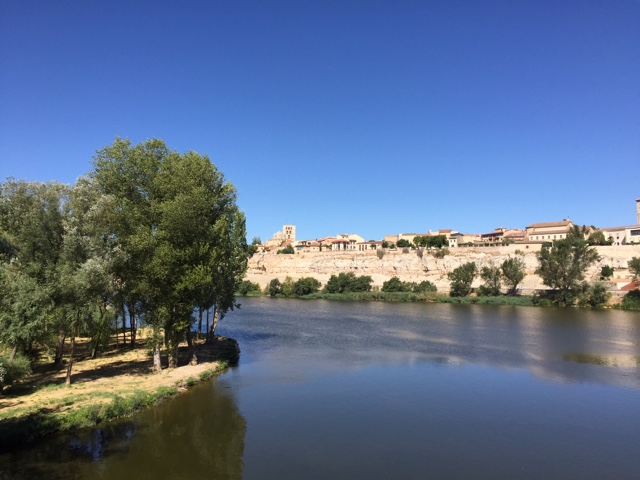 The Camino de Santiago is the ancient pilgrim route to the tomb of the Apostle St James (Iago is a form of James, hence, Santiago) in Compostela, the Field of Stars, in Galicia on the Atlantic Coast of Spain. The Via de la Plata, which for you Spanish students, doesn't refer to silver, but rather to a corruption of the Latin word for paved road, follows the old Roman road from Sevilla to the north. Pilgrims now take it to join the various other routes that all lead to Santiago de Compostela.

But enough of all that! Back to cemeteries! Such as the local Zamora cemetery, San Atilano, whose magnificent gate is shown below. 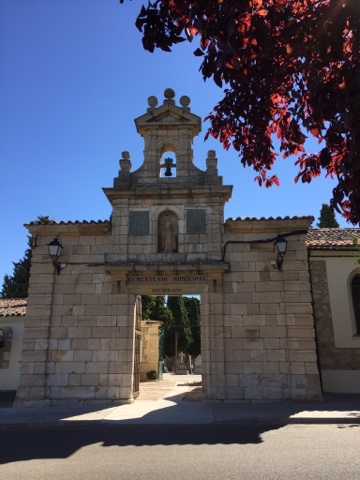 In preparation for my visit, I did some web research, and found some excellent articles that had appeared in the local press a few years ago. If you read Spanish or want to rely on an automatic translation, here’s the link: http://www.zamora.es/ficheros/Historia%20del%20Cementerio-1.pdf The author is Isauro Perez Raton. 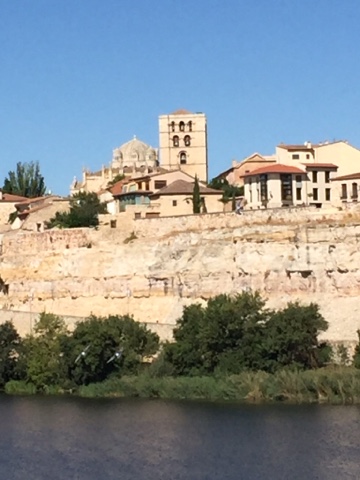 I found out that, like everywhere else in Europe, Zamora had been subject to frequent outbreaks of diseases such as yellow fever (mosquito borne) and cholera, a water borne disease. In the early Middle Ages, people were not sure what caused these illnesses, although there was some (accurate) suspicion that contaminated water had something to do with it. Efforts were made to halt burials under church floors or in the churchyards in towns, but this was piecemeal. It was not until a particularly severe cholera outbreak in 1833 that serious steps were taken. The town fathers of Zamora voted to create a municipal cemetery on the other side of the Duero, about a half-mile away from the river, and named it San Atilano, after a saintly 11th century bishop of Zamora, seen in this altarpiece in the cemetery chapel. 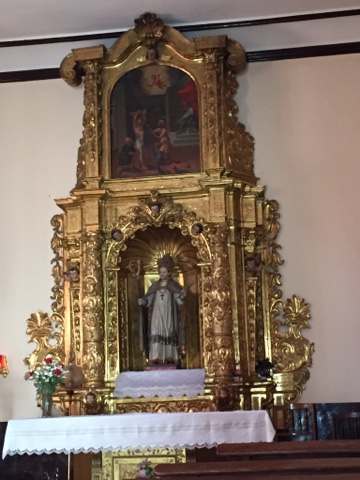 To do this, they assessed the local parishes. This, needless to say, was not popular. The arguments went on for years, with parishes seeking exemption from the assessment and also resenting the fact that they no longer received the fees for burials in the churchyard. In addition, there was much citizen grumbling, since wagons that crossed the bridge to come into Zamora were forced to carry construction materials back across the bridge to the cemetery on their return trip. 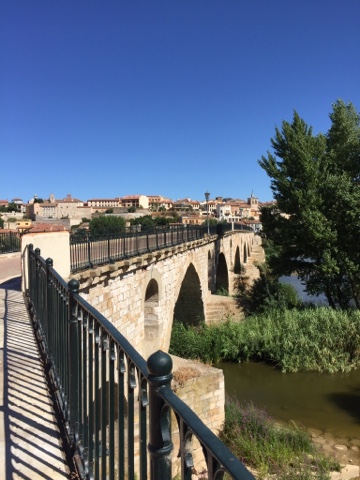 However, the work got done, and the cemetery opened in 1834. There were several expansions over the years, and it now occupies most of a hilltop about a kilometer from the bridge.

The cemetery is laid out in sections that bear the names of saints, which reflect those of the parishes that bury their dead in this cemetery. 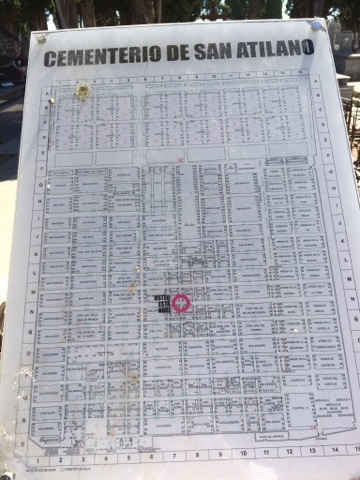 There are a number of elaborate family vaults from the late 19th century and onwards. But most of the graves are simply marked and some are within family enclosures. 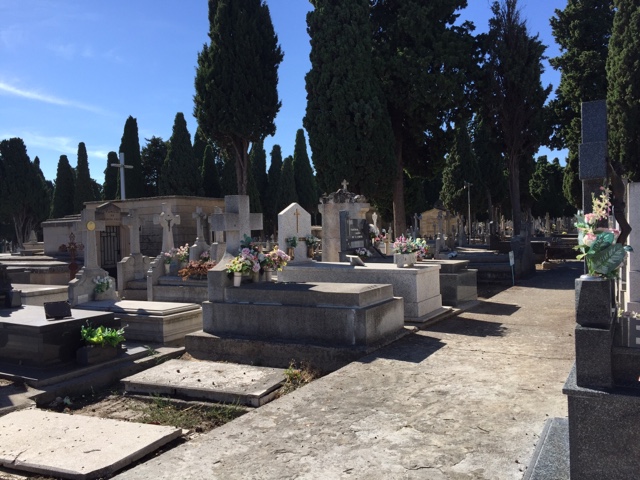 The regulations of the cemetery allowed for the placement of a named headstone, but without thereby bestowing title in perpetuity to the plot. After a certain number of years, the bones were removed and placed in an ossuary. However, some family vaults are the property of the family, which is indicated on the vault. 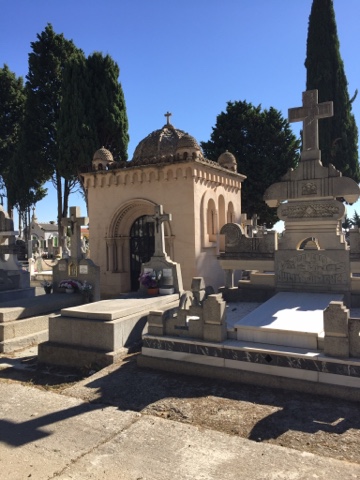 Originality reigns in this cemetery. Above we see a vault that looks exactly like the Cathedral of Zamora, a remarkable Romanesque building with a curious 12th century Byzantine-influenced rounded dome with a "fish scale" tile- shown below. 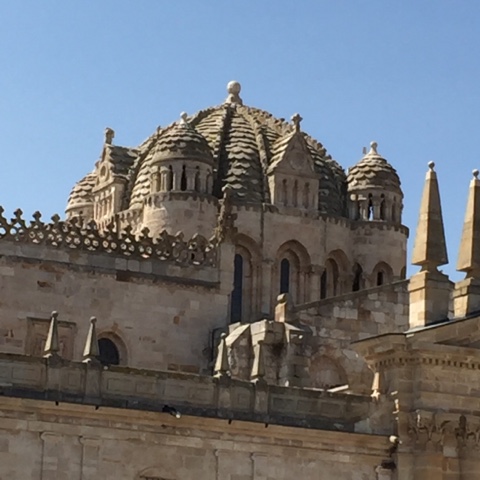 Unlike modern cemeteries, which feature flat plaques designed for the convenience of the riding mower, San Atilano leaves the families room to express themselves. Some of the monuments are very elaborate, such as this hand-carved Guardian Angel, guarding a touching photo of the deceased. 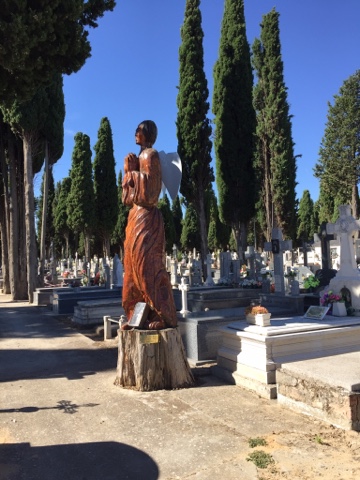 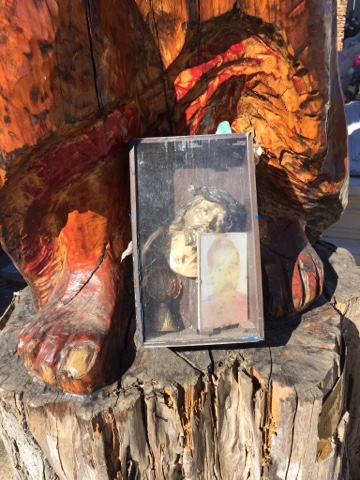 Or the glass flowers you see on this vault. 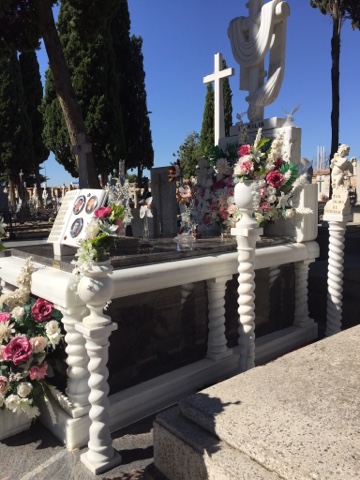 But there are some special simple plots: here we see the graves of Spanish soldiers who fell in battle, starting in 1937 (the Spanish Civil War).

The cemetery is busy at all times, with family members coming to care for graves, the constant sound of the mourning doves in the cypresses, and the many burials from local parishes. Below, a group of mourners follows a casket to the burial place. 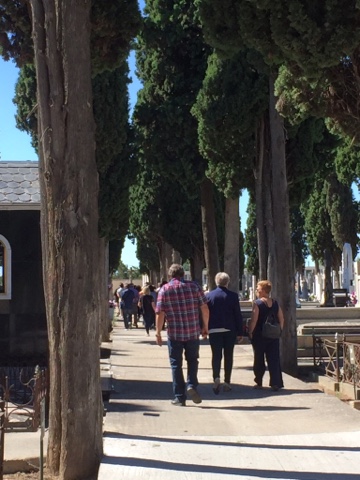 There is a funeral chapel near the gate and outside is a box for alms for the “Holy Souls,” that is, masses to be said for the souls in Purgatory. 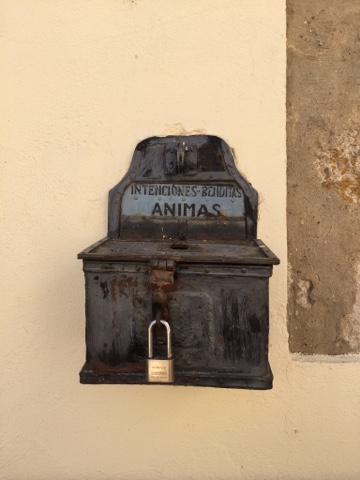