Yet Another Tolomato Connection Found.

Just in time for the St Patrick’s season, we have an interesting glimpse of the Irish life of Fr. Felix Varela, for whom the Varela Chapel at Tolomato was built. He was St. Augustine's Cuban-born local son, a brilliant philosopher and scholar who grew up here speaking Spanish and English, was ordained in Cuba and expected to spend his life in Cuba or Spain. But by those mysterious crooked lines of God, he spent his priestly career working among impoverished Irish immigrants in New York from the 1820s to 1850. He even learned Gaelic to work with them, and his church in New York, St James parish, was the founding place of the Ancient Order of Hibernians in 1833. 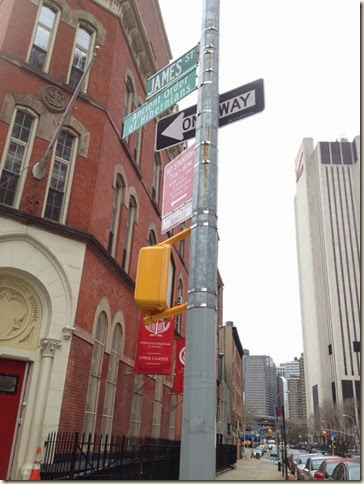 The photo above shows you the St James Church school...and the street sign commemorating the Ancient Order of Hibernians, originally a protective group founded in response to mob attacks on Catholics and the burning of old St Mary's church in 1831.  Below, we see the church, with the kids from the school across the street having recess in front of it. 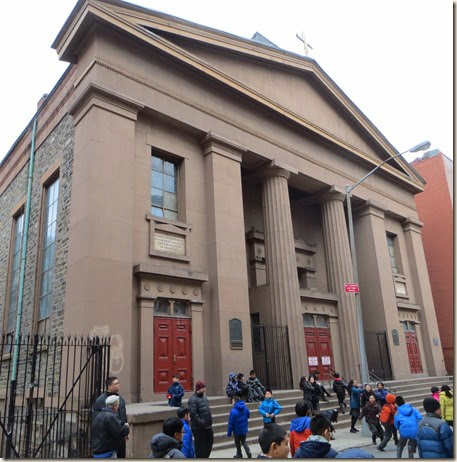 St James Church is temporarily closed because of water damage that occurred during New York's harsh winter this year, but on a recent trip to NYC, I was fortunate enough to meet a parishioner and the parish priest, who invited me to view the building. But that will be the subject of another post. 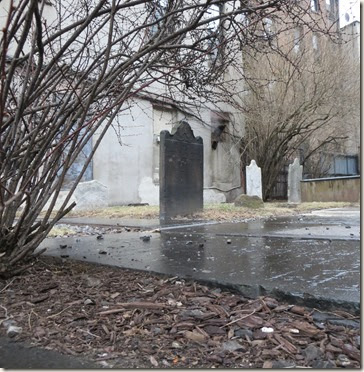 In the meantime, I found another great connection. The cemetery above is all that remains of the old Shearith Israel Spanish and Portuguese Jewish Cemetery. It was opened in 1683, succeeding an earlier Jewish cemetery whose location has been lost. At that time it was outside the walls of the original Dutch city at the lower tip of Manhattan. It continued to receive burials until 1833. The cemetery is located about two or three 19th/20th century tenement buildings behind St James Church. Bernard Baruch, the famous NYC financier and philanthropist, paid for its restoration in the 1960s, and you can read more about it if you click right here. 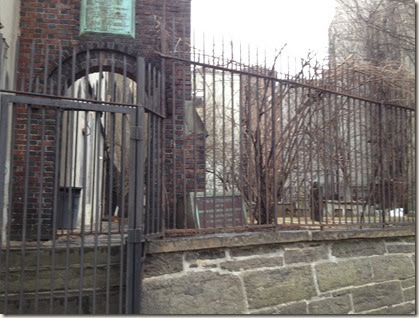 Around the corner, Fr. Varela founded St. James Church in 1827, originally calling it the “Church of the Immigrants.” But the name was changed to St James by 1836, the year in which he built the current building. St James, aka Santiago, is the patron saint of Spain, and this may have influenced the name change. In any case, enough money was raised to build a large church - on the foundation of an old brewery - that was possibly designed by Minard Lafever, an important early master builder/architect. The area includes the cemetery and the church and a tiny park known as St James Triangle. When you look at the photo of St James Church above, notice the similarity to the façade of the Varela Chapel at Tolomato.  This was probably in the mind of the Cubans who commissioned the Varela Chapel in Tolomato Cemetery. 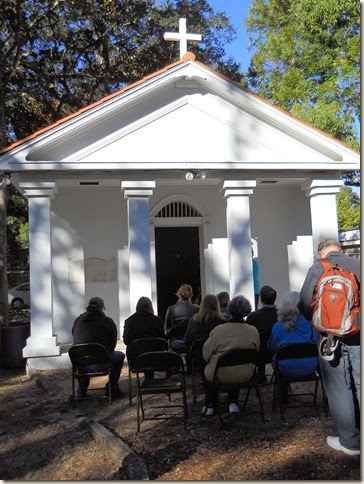 Posted by Elizabeth at 6:36 PM No comments:

A Great Day for Great People!

Here are our Tolomato Docents posing after a record day. We had 611 visitors today!  The TCPA crew was exhausted by the time 3:00 pm rolled around, but really happy to have had so many wonderful, interested visitors.

Here we see (l-r) great tour leader Brooke Radaker, warm greeter Priscilla de la Cruz, fearless leader Patty Kelbert, happy chapel harpist Mary Jane Ballou, the dynamic Ray Hinkley (with the fingers) and the scholarly and ever-informative Matt Armstrong.  Lin Masley and Norm Merski were also there most of the day to lend a hand but didn’t make it for the photo-op, so you’ll just have to imagine them. 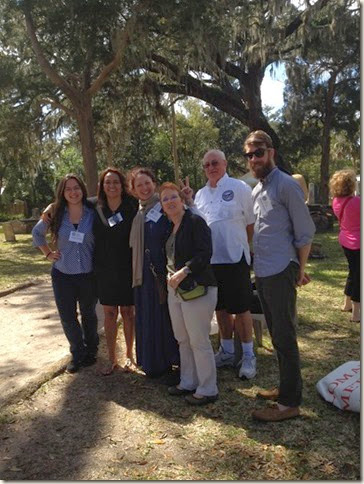 Posted by Elizabeth at 4:27 PM No comments: 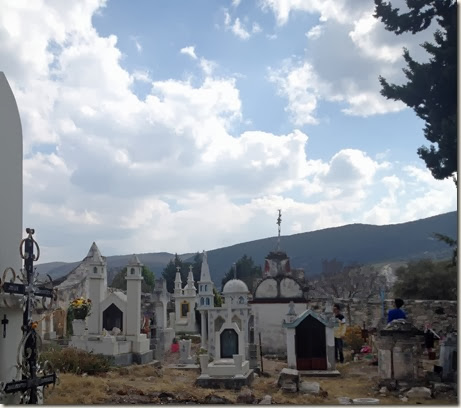 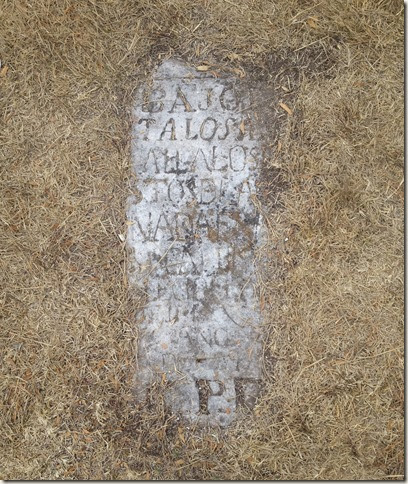 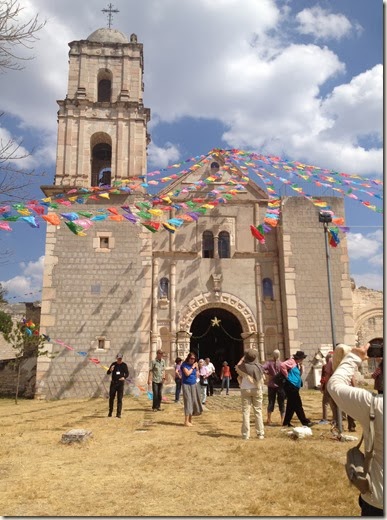