We’re getting ready for a nice, hard-working morning of preservation tasks on July 27 (9 a.m.-12 noon, hopefully before it gets too hot to work!).  We’re planning on tackling the metalwork again, this time on one of the prettiest features of the cemetery:  the gate to the Mary Hernandez enclosure, which features two lambs resting under a weeping willow tree. 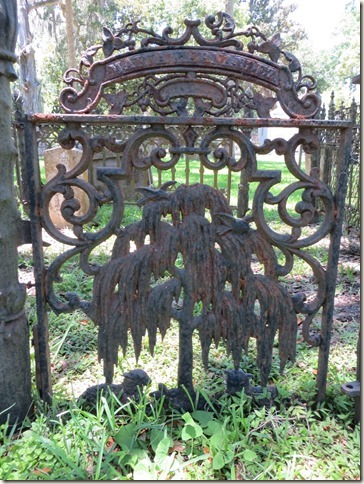 Lambs and weeping willows appear frequently in 19th century cemetery art. There appear to be two birds, probably doves, in this gate as well, and doves were also a frequent feature. 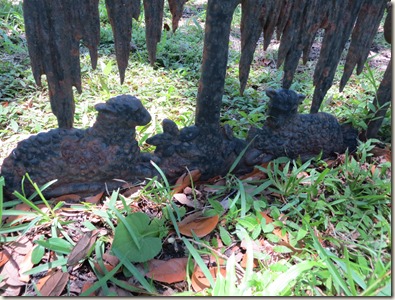 As you can see, the metal is covered with rust and has gotten pitted.  But we can fix that!

Below you see a piece of the metalwork on the Benet-Baya enclosure. It’s in an unrestored state:  pitted and covered with rust and concretions of rust. 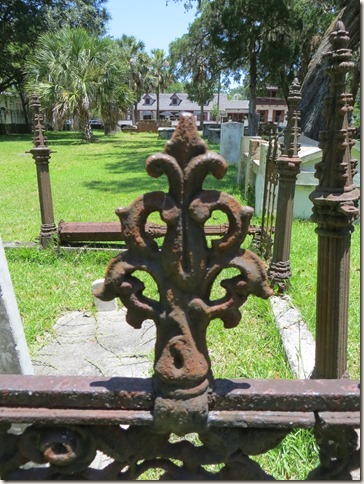 Here’s an identical piece on another part of the enclosure, after careful wire-brushing, brushing, sealing with a rust reverser, and several coats of primer and paint: 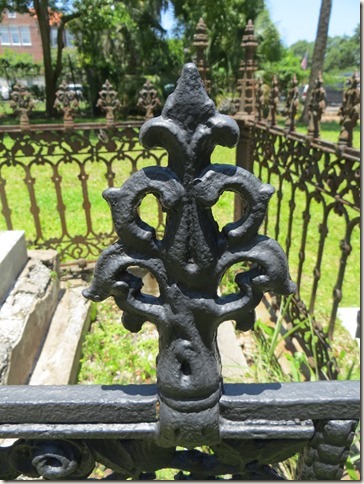 It’s a time-consuming process, but the results are great and the treated pieces will be preserved for many years.  So come out on and join us on July 27 when we work on the Hernandez gate.  We also plan to rehang the gate, which as you have probably noticed, is simply propped in place on the ground.

No experience necessary!  We provide the materials, although you might want to bring your own work gloves and eye-protection.

Posted by Elizabeth at 12:52 PM No comments: