This is it!  The TCPA has lived through its first year and we are now preparing for our First Annual Meeting and Tolomato Talk. The Meeting and Talk will be held at Bishop Baker Center, 259 Cordova St., St Augustine. This is on the grounds of Cathedral Parish School, and there is free parking.

The meeting will begin at 2:00 pm and will feature a brief recap of our activities in this first year and some exciting plans for the future. There will also be reports from the Treasurer and the Committee Chairs (Preservation, Research and Media).

And then at 3:00 pm, we will have our First Annual Tolomato Talk. We hope to host this talk every year in the future, probably in conjunction with the annual meeting.  Every year, we will have a different scholar who will focus on some aspect of Tolomato Cemetery or its times and personalities.

We are excited to have, as our very first speaker, Fr. Timothy Lindenfelser, Director of Diocesan Cemeteries and Pastor of St Ambrose Church in Elkton, FL.  He is also a local historian who did considerable research into Tolomato and the Cathedral during his time as associate pastor at the Cathedral a few years ago.  His topic will be “Catholic Burial Customs and Tolomato Cemetery.”

This is a fascinating subject and will help you understand Tolomato in the context of other cemeteries in the area, including the one at lovely old St Ambrose Church itself, shown below. 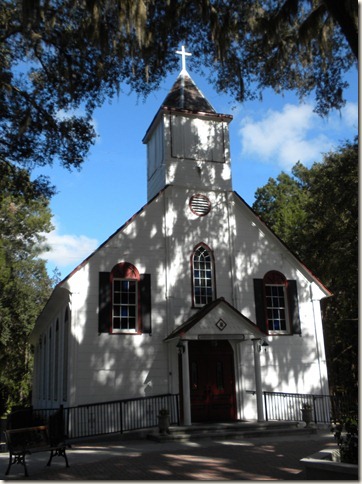 Posted by Elizabeth at 10:40 AM No comments:

The Pigments Have Arrived!

They’re here – the pigments for the limewashing segment of our upcoming preservation work day. 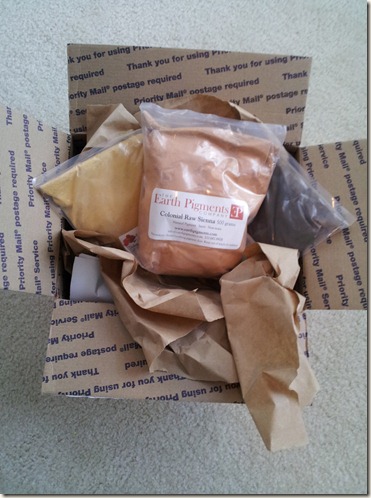 On Saturday, November 12, from 10-12 (and beyond), our assembled forces will gather at Tolomato to clean headstones, do some planting and lime-wash a vault or two.  Since the limewash by itself is pure white in color, we have gotten some earth pigments and will mix in small amounts of them until we achieve a color that fits in with the color of the stucco elsewhere in the cemetery. Even though the existing stucco has probably darkened over the years, stained by tree run-off, it did not start out as pure white and probably the limewash used to maintain it was not pure white either.
So we will experiment and try to achieve a harmonious color with this all-natural component, which is simply ground stone and earth.  Limewash protects the stucco and will prevent it from flaking off of the vaults, which are either brick or coquina, and exposing the stone and the mortar to damaging air and water.
If you want to come and help us play with the earth colors, come on November 12.  Please call or e-mail us (904-257-3273 or board@tolomatocemetery.com)  in advance so that we’ll have enough brushes and pails.  Bring gloves and eye protection.  The mosquitos have gone to sleep for the winter, so you don’t need the bug stuff this time!
Posted by Elizabeth at 2:39 PM 1 comment:

Under the Streets of Vienna 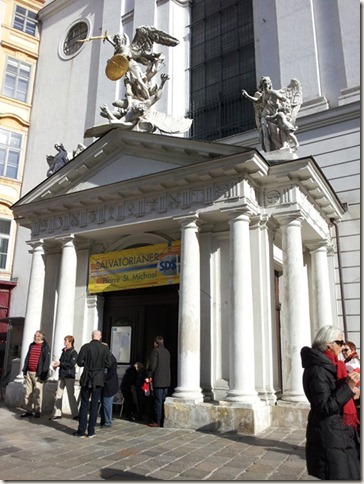 Under this innocuous looking church in Vienna is a crypt that spreads out under the streets and holds some 4000 burials.

Heading for a café after emerging from the Spanish Riding School, I happened to notice a sign in front of the Michaelerkirche, St. Michael’s Church,  a small, elaborate church right in the center of things near the Hofburg. The interior is mostly Baroque, but there are traces of earlier paintings on the walls, and some of the original building was built in the 13th century, during the Gothic period. The guide informed me that it is one of the oldest churches in Vienna – but then she added, “of course, we have older ones, naturally, naturally.”

In any case, while I had visited the church the preceding day, this time I saw the word “Gruft,” or Crypt, on a sign out front and had to make a detour to see what was going on. I found that I had arrived just as a tour of the crypt was about to begin and I joined it immediately.

The huge crypt under St Michael’s extends beyond the boundaries of the church itself and out under the streets. The practice of burials in the crypt started in the 15th century, when the city decided that burials in the churchyards, often near a stream or water source, just might have been unhealthy. Originally bodies were placed in the crypt by simply opening a ledger stone that was set into the floor and dropping the coffin into the crypt below, but this also resulted in complaints because of the odor when the stone was raised. Because the staircase to the crypt was too narrow to permit a coffin to be carried down it, a chute was built on the side of the church and the coffins were placed on it so that they could slide down into the crypt, where they were then arranged by an attendant.  Many of the wooden coffins are beautifully decorated.

Over the years, as they ran out of space and the wooden coffins decayed, the gravediggers would remove the bones and simply place them on the floor and cover the bones with a layer of soil, so that they ended up with a compacted floor of bones and soil that was about 4 feet deep. Bones were also placed in heaps in niches or sometimes carefully stacked to form walls.

And then there are the mummies. Several of the bodies were naturally mummified by the cool underground environment, and the coffins have been opened so that the occupants can be seen lying there peacefully in their 18th century dress.  It’s somewhat of a gruesome sight, actually, but our guide seemed unfazed by it.

Burials in the crypt itself ceased in 1784, also for health reasons. The crypt had been closed for over 150 years when a religious order known as the Salvatorians took over the church and decided to, as the guide put it, “tidy up” the crypt.  Much of it is open to the public now in these guided visits, although there are some areas of the crypt that are still walled off and have not been entered for hundreds of years. 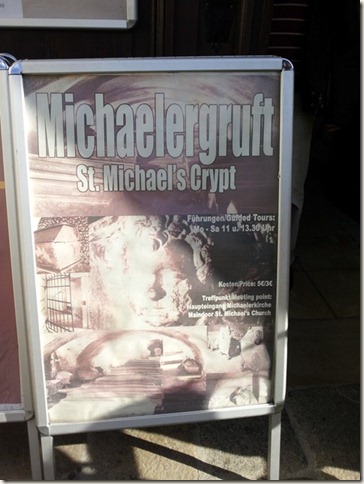 Posted by Elizabeth at 8:40 AM No comments: 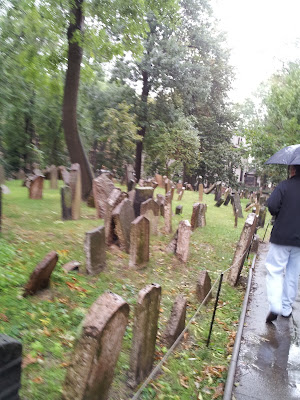 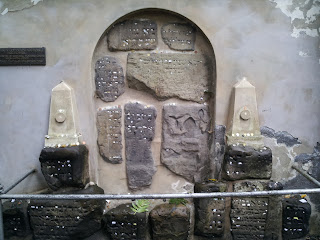 These are the oldest markers in the cemetery, dating to the Gothic period (13th century).  Notice the coins and pebbles people have stuck into crevices and lettering as tiny memorials of their visit.  All of this is in a space about the size of Tolomato Cemetery.
Posted by Elizabeth at 12:05 AM No comments: 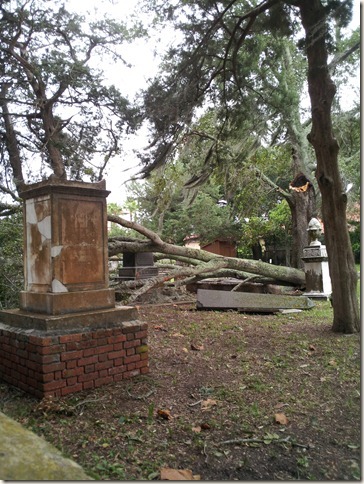 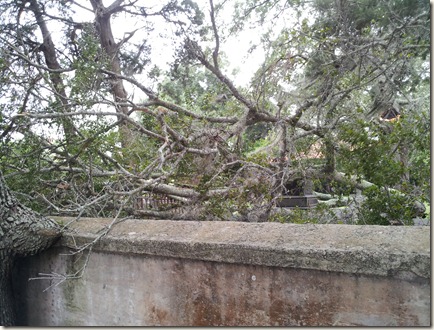 Posted by Elizabeth at 3:46 PM No comments: