It's Happening At Last...and a Merry Christmas to All!

What’s happening?  The wall and the fence, at long last. Below you see the current state of the entrance to Tolomato Cemetery. 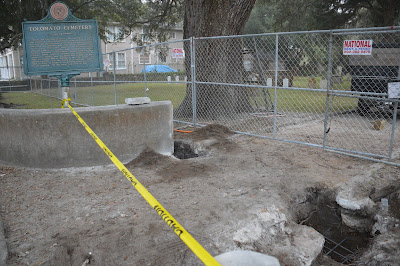 Work began last week. So far the masons have taken down most of the cracked and unstable parts of the concrete wall and have made the cuts to install the piers that will support the new fence.  Below you see the masons making one of the cuts, this one on the north side of the entry way. 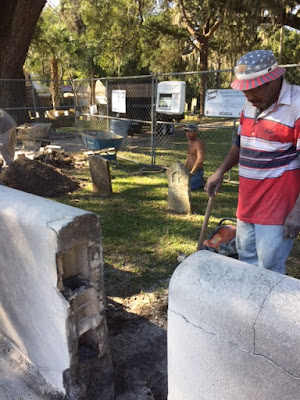 The cemetery itself is closed off with temporary, moveable fencing that will probably remain up for a couple of months, until the wall is done and the fence is installed and all is secure again. 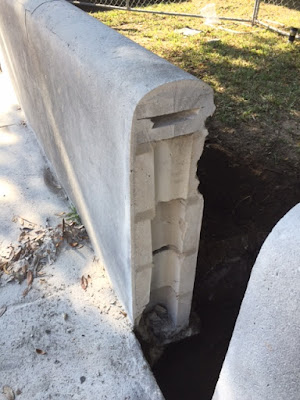 This is a cleaned up view of the cut. Based on the research done by Nick McAuliffe, we think that this part of the wall was built around 1916.  Most of the wall seems to be concrete block under a layer of concrete mortar.  An article in the precursor of the St Augustine Record for that year reports that construction is about to begin on the wall. 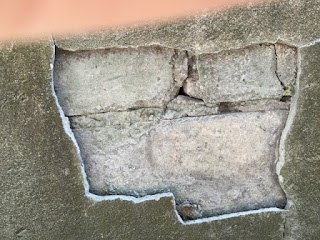 And almost 100 years later, here we are again! Below you see Janet Jordan and Nick McAuliffe, who also volunteer to work with the City Archaeologist, Carl Halbirt, doing a quick inspection of the site.  They found very little of interest, except for a probably late 19th or early 20th century horseshoe, which we of course considered to be sign of good luck. 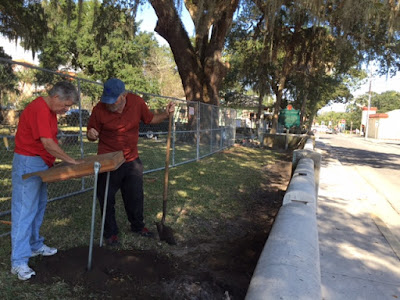 But that was last week, when it was still warm and sunny. This weekend would have been our normal Open Day, but we had to cancel for the first time in five years because access to the site was impossible. Most of it was taped off and there was construction equipment in the gateway. However, today turned out to be a suddenly cold and windy day, so perhaps it was just as well that this was the day we had to close.

Tolomato Cemetery should be open as usual on the Third Saturday next month, the date of which will be January 16, 2016.  The job won’t be complete by then, but certainly the wall will be done and at least a start will have been made on the fence and the gate.  So that means that if you live here, you have to come by and check on it whenever you can – and if you don’t live here, you have to check our Facebook page, Historic Tolomato Cemetery, because our board members will be updating it regularly with shots of the work in progress.

And in the meantime, from the “temporary Tolomato” shown in Nick’s photo below, have a very Merry Christmas and a Happy New Year! 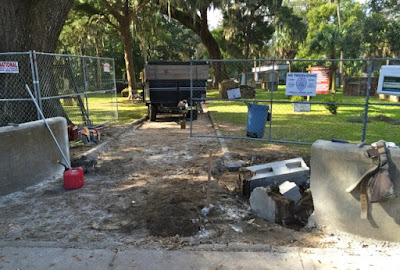 Posted by Elizabeth at 4:16 PM No comments: