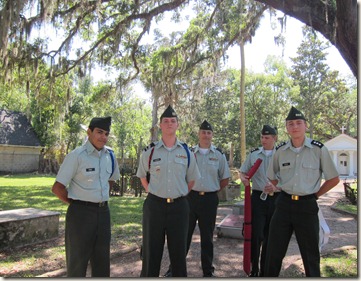 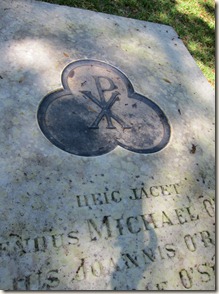 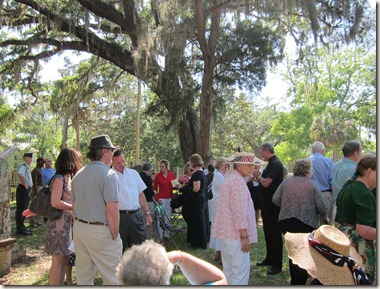 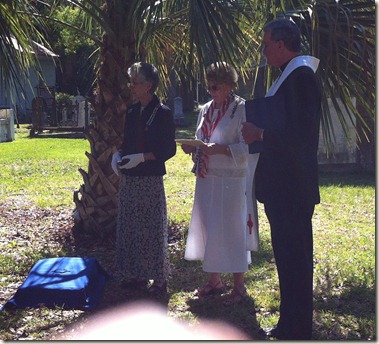 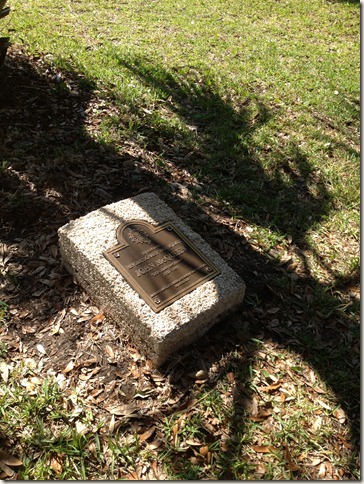 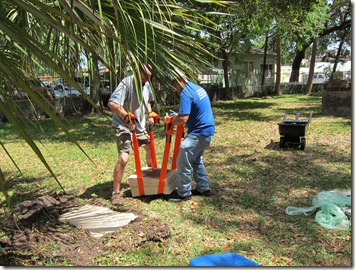 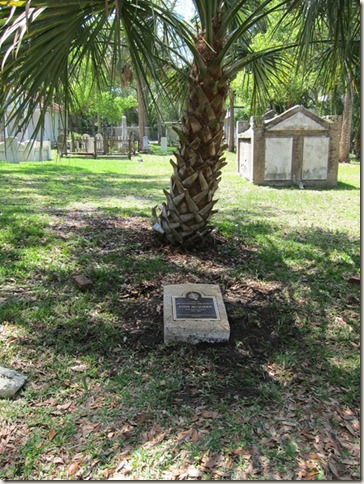 And another thing we did…

Easter travels have prevented me from staying up to date here, but now that I’m back, I wanted to post a few more photos from our last Preservation Work Day.

In addition to our foray into masonry, we did a lot of headstone and vault cleaning. We had bought a lifetime supply of D2 from Cathedral Stone Products (thank you, Cathedral Stone, for your fast, helpful service!) and we were ready to use it! 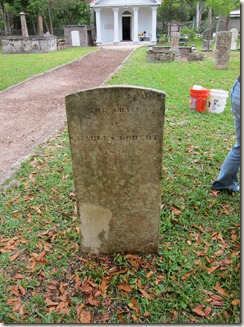 We had some “old” volunteers, and Matt Armstrong directed them and showed the newbies how to clean markers.  Below, you see them preparing to clean a ledger stone. 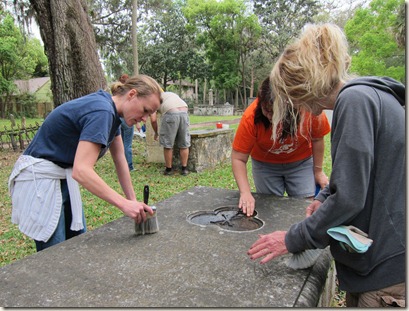 Our big project was the vault of Fr. Miguel O’Reilly, the first pastor of the Cathedral. He died and was buried at Tolomato in 1812, but the current ledger stone on his vault was placed in the 1870s by “some of the old parishioners,” who remembered his hard work, intelligence and zeal. We think that the original 1812 top, which wasn’t really a stone but looked more like a stuccoed peaked roof, was possibly destroyed by a falling tree or collapsed from its own weight and needed restoration around that time. 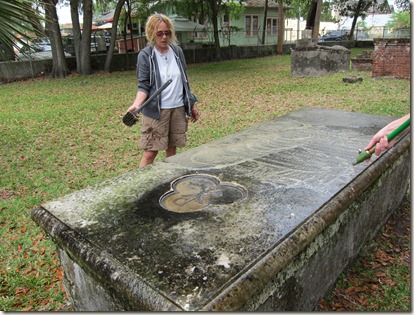 In the last few years, the stone had gotten very dark and was almost illegible, as you can see above.  But our careful cleaning – which will look even better after the sun has bleached the lichen stains – has revealed it again. 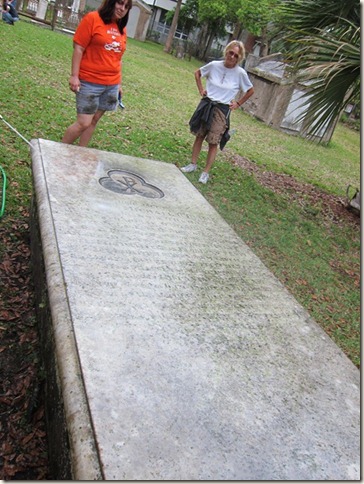 We had a great preservation work day at Tolomato this weekend (March 31).  Matt Armstrong had gotten a number of people from his Flagler College contacts and Sarah Miller of FPAN put the information out on her list. Of course, the TCPA had also notified members and people who had signed up to receive notifications.

We had a lovely cool morning and all the tools and D2 (a cleaning solution) we needed. BTW, many thanks to the great people at Cathedral Stone Products, which expedited our last-minute order.

Life was good and it got even better when John Beaty arrived from Gainesville. John is a specialist in historic masonry, currently completing his doctorate in the subject, and is also a really great person for working with volunteers.  That means: honest, dedicated, organized, clear and not condescending. 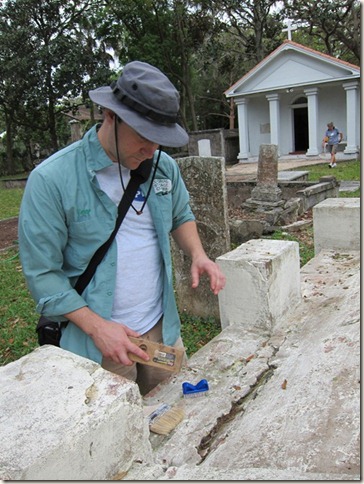 Our original objective was to clean markers and we did. But that will be another post.

However, the really interesting thing was that we got to repoint the bricks in the Andreu vault, which is beginning to show some ominous signs of collapse.   Below is John inspecting the vault.  Notice the exposed brick and non-existent mortar at the lower right. And here we are, diligently digging out the debris, removing the plant material, vacuuming and cleaning…and filling in all those ugly cracks. 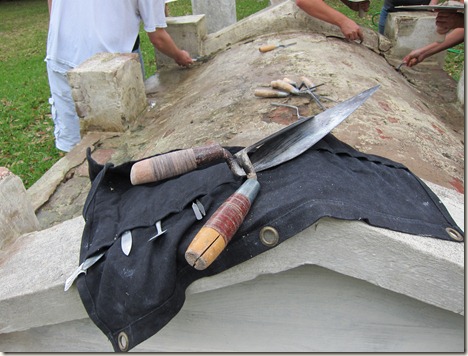 The mortar is historically accurate. It is hydrated lime from Virginia Limeworks, combined with native sand and some purchased earth colorings. 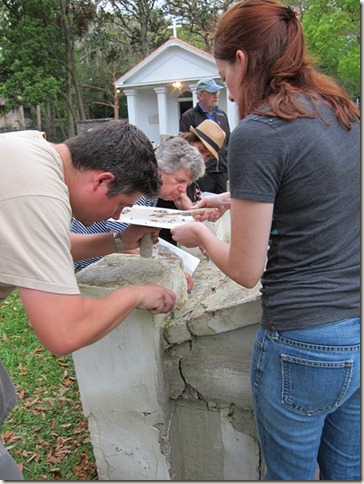 Everybody worked like mad.  Here we see John pointing out some details to Percy de la Cruz. 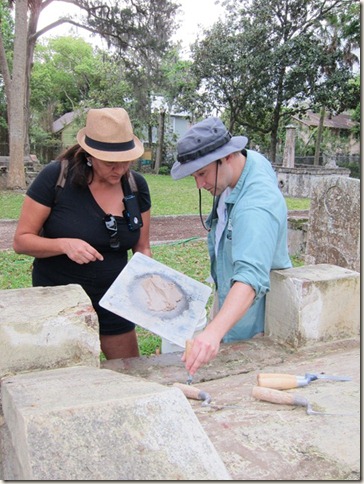 And then suddenly the heavens opened and lightning started shooting down everywhere.

So we covered the vault with a tarp and ran for the protection of the Varela Chapel…and I’ll tell you the rest of the story later. (Spoiler:  I saw the Andreu vault this morning and when we removed the tarp - it looked great!)

Posted by Elizabeth at 6:07 PM No comments: