Cuba, Martí, the US and Fr. Varela

Many of our Cuban visitors to the cemetery know that José Martí visited Tolomato Cemetery in 1892. José Martí is considered one of the liberators of Cuba, meaning one of the people who transformed it from a Spanish colony and then a US-occupied territory to an independent country. He never lived to see this, because he died in 1895 during a battle with Spanish forces in Cuba. Spain lost Cuba to the US in 1898, an event still referred to in Spain as “El Desastre del 98,” the end of the Spanish Empire.
Martí visited St. Augustine to pay his respects to Fr. Felix Varela, who at that time was still buried at Tolomato Cemetery.   Fr. Varela, in addition to the many things he did for the Irish in New York and his kindness to the people of St Augustine during his 3 brief years as a priest here, is considered one of the intellectual authors of Cuban independence.
St. Augustine always had a very close relationship with Cuba, and in fact was under the Cuban bishops of Santiago de Cuba and Havana for the first 200 years of its existence.  So Cuban-born Fr. Varela – educated in St. Augustine by the Spanish Irishman, Fr. Miguel O’Reilly – went back to Havana to go to seminary (St. Augustine was not a diocese and had no seminary at that time) and while there got involved in Cuban politics.  He was elected as a representative to the Spanish legislature, but unfortunately the Spanish system changed as he arrived and the absolute monarch, Ferdinand VII, came back into power, forcing him to flee.  But even during his 30 years in New York and Florida, he continued to write about Cuban politics and even published the first bilingual newsletter in the United States, devoted to this topic. 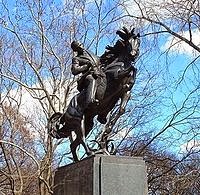 José Marti, whose statue is in Central Park in New York City, was born the same year (1853) that Fr. Varela died, and came to St Augustine to kneel at the foot of the crypt holding the remains of Fr. Varela.  Plans are in the works to commemorate his visit with a memorial plaque.
Posted by Elizabeth at 6:02 PM No comments: 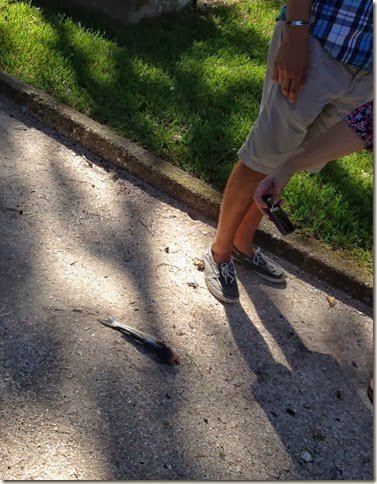 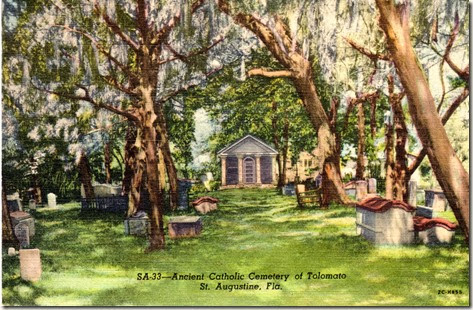 Posted by Elizabeth at 1:17 PM No comments: