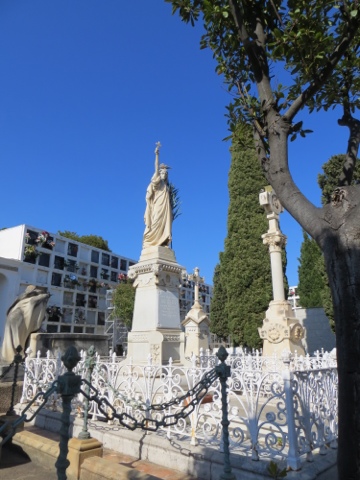 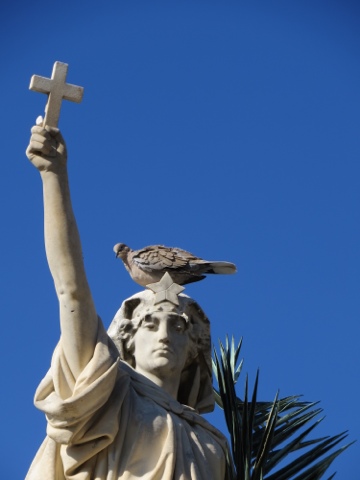 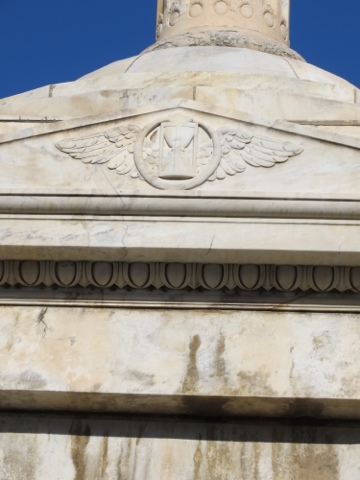 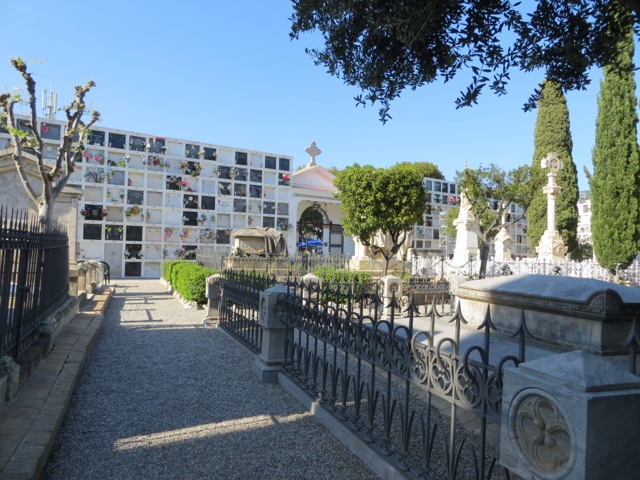 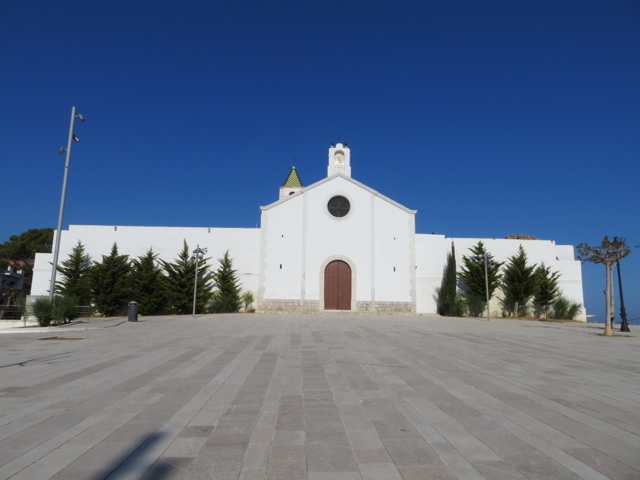 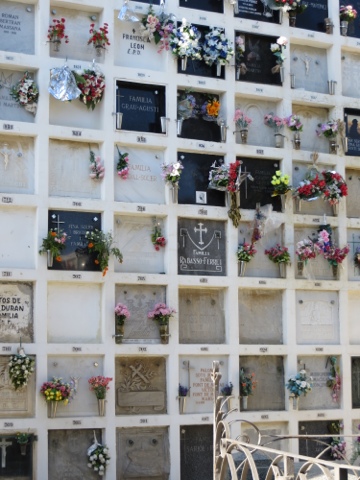 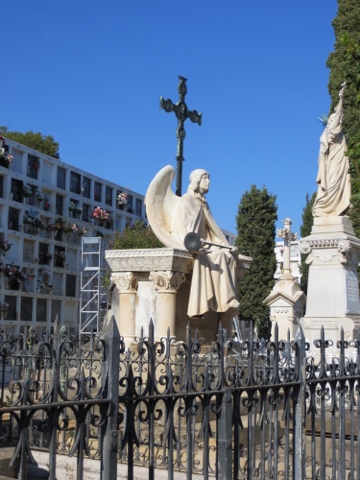 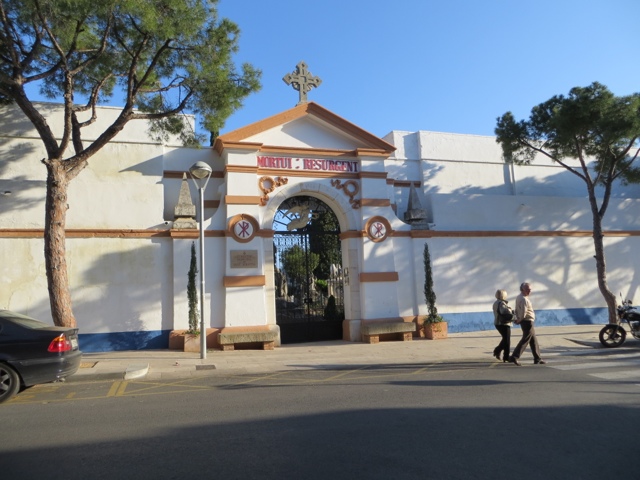 Posted by Elizabeth at 11:17 AM No comments:

Today, Matt Armstrong led another one of his popular preservation events, the first of the 2013 season.  We had ambitious plans, but the pump quit working after the first few drops came out of the hose, and we were back in the bad old days of no water. But Matt and his hardy volunteers rose to the challenge – Mary Jane Ballou made an emergency bottled water run, and we cleaned markers the old fashioned way, with water from gallon jugs. It wasn’t convenient, but it worked! 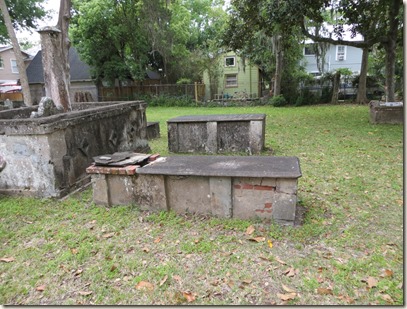 We started with these two seriously dirty ledger stones. Neither of them had been legible for years, and we were definitely curious about them.  The vault in front is an odd vault, narrow and extremely long, and seems too long even for a tall person. The entire top obviously collapsed long ago, and one end is covered with fragments of stone, while the larger part is covered with a ledger stone that probably belonged to a different vault and was placed there as an emergency covering.  The vault to which it originally belonged was probably one of those that collapsed entirely decades ago. So we were curious to see whose stone it was that had migrated to the top of this vault. 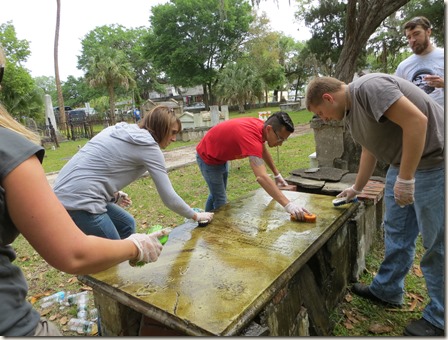 Here, Matt watches volunteers Mary Homick, Julian Naranjo and Charlie Regn scrubbing away. Notice all the detail that has emerged even in this early stage. 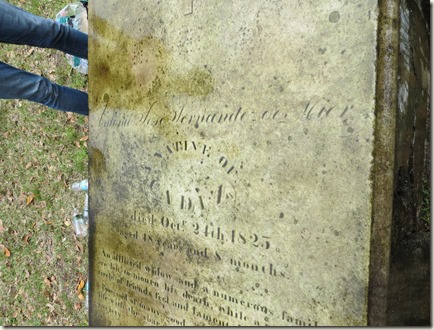 And here it is: the stone of Antonio Jose Fernandez de Mier, a native of Cadiz, Spain, who emigrated to St Augustine and died here on October 24, 1825.  The stone is beautifully carved (in Charleston, South Carolina, according to information elsewhere on the stone) and bears an inscription commending him for his civic activities. Antonio Jose Fernandez de Mier was an important Second Spanish Period figure, a large landholder and influential citizen. He married into the another established Spanish Florida family, and his descendants married into Minorcan and Floridano families. Looking at our records, I believe some Micklers can claim him as an ancestor. 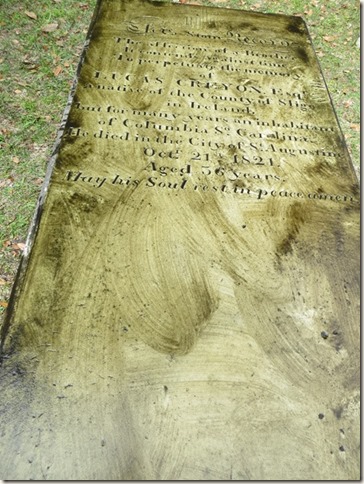 We moved on to the next stone, that of Lucas Creyon, born in County Sligo, Ireland, who came to St Augustine from Columbia, SC.  How did he end up there? We don’t know, but we think we know how he got here. He died here on October 21, 1821 – the start of the Territorial Period – and one of our volunteers pointed out that this would probably have meant that he was one of the  “new settlers” to Florida who came that year and was swept away in the yellow fever outbreak (which led to the opening of what is now called the Huguenot Cemetery, bought by the city for burial of the victims of this outbreak, whose numbers overflowed Tolomato Cemetery).  So we revealed a sad piece of our frontier history with this marker. 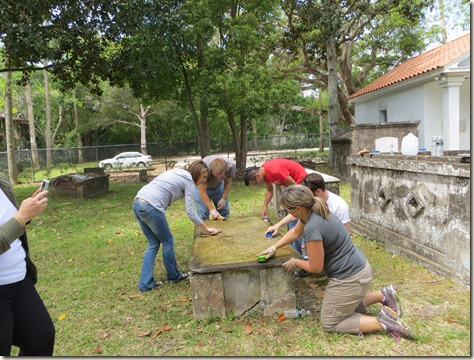 Finally, we moved on to this vault, around the corner from the other two. Here we see the earlier volunteers plus Christy York, a member who came all the way from California to help us – well, okay, she was here for a family visit, too – and is now going to be able to tell her 4th grade class all about the fun of cleaning headstones!

This marker turned out to be a surprise, because the vault actually holds three members of the same family, the Solanas (a First Spanish Period family, some members of which remained during the British Period and bridged the gap to the Second Spanish Period).  The first burial was that of a C. Maria Solana, followed by a Maria [Harz] Solana and ending with Francesca Solana. The burials spanned a period of 30 years; the first Maria and Francesca were sisters, and we think that the middle Maria may have been an infant, the daughter of Francesca Solana. We’re not certain, and we’ll try to clear up the photos, but that’s a possible first reading. 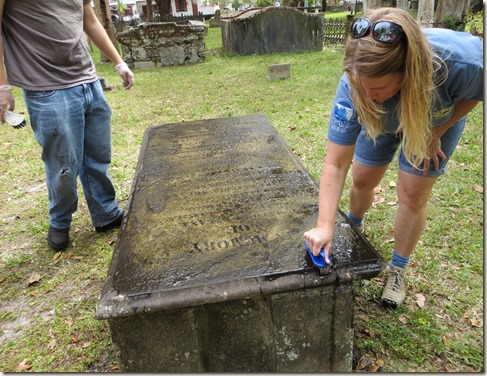 Above, TCPA Board Member Brenda Swann works on the Solana vault.  The stone has “sugared” severely and is not easy to read, but it’s certainly a lot better now than it has been for probably the last 50 years. 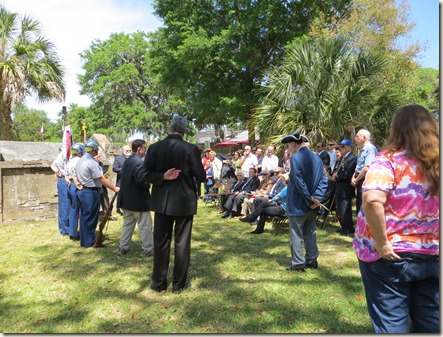 Finally, 2 hours later, we ended with the formal dedication of the marker installed by the Sons of the American Revolution for Francisco Xavier Sanchez.  Unfortunately, you don’t see Janet Jordan, who did nothing but labor, rake, open the gates, etc. for hours for this event – but you see not only dignitaries here but large numbers of Sanchez descendants. However, this is so interesting that it will have to wait for the next blog post.