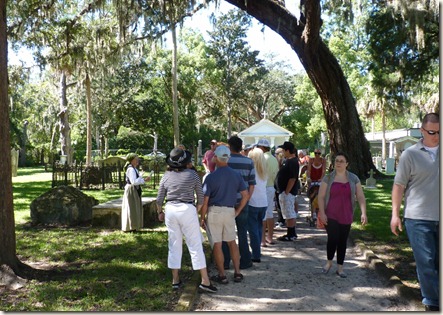 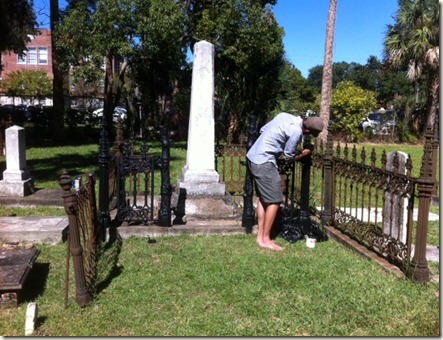 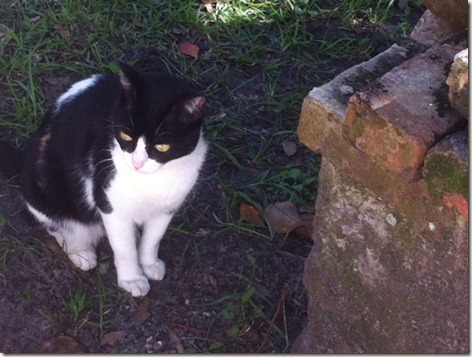 Posted by Elizabeth at 10:24 AM No comments:

Today we did our very first metalwork preservation session.  Matt Armstrong, who has taken the NCPTT metalwork preservation course, instructed a group of some fifteen enthusiastic volunteers (some from the Flagler College Archaeology Club), who then spent the morning brushing, cleaning, stabilizing and finally painting part of the wrought iron grave enclosure around the Benet marker.

In the photo below, Matt describes the project. This enclosure was chosen because the ironwork is in poor condition, but still good enough so that cleaning and painting will help it.  Some of our metalwork is so deteriorated that it has rusted through, but most of the Benet enclosure is intact. 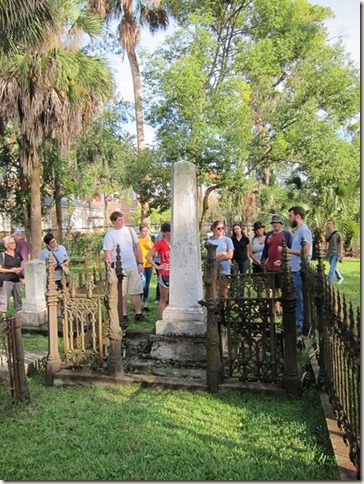 The purpose of this is not to make it look “like new,” but simply to arrest the deterioration while it is still possible. This ironwork shows the results of probably a century of neglect. 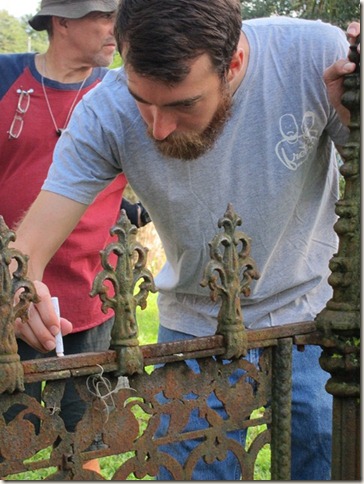 We started with a lead test to determine whether whatever paint remained on the ironwork contained lead. It probably had, once upon a time, but by now, so little of the paint remains that the test was negative.  So we put on masks only to protect ourselves from little metal chips stirred up by our next activity, steel-brushing the metal. 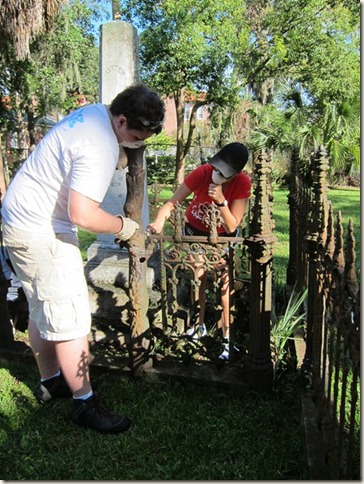 This cleaned off the loose rust, and then we washed the cleaned metal with Photoflow, a gentle, non-reactive cleaner. 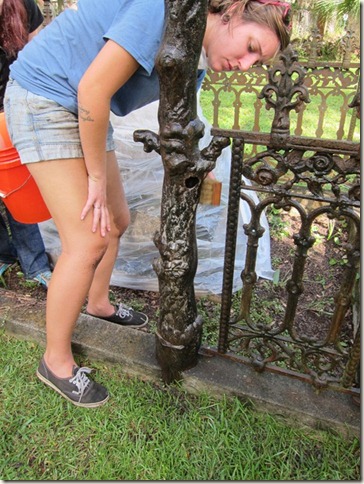 Once that had dried, the next step was spraying the metal with a rust converter (Rust-Oleum Rust Reformer, in this case), a product that bonds with the rust, stops its progress and creates a smooth, paintable surface, as we see below where the treated metal, black, is next to an as yet untreated rusty upright. 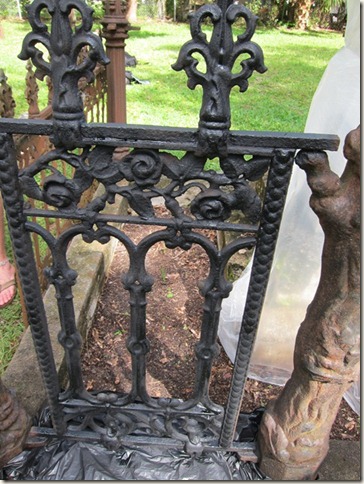 Once the rust converter had dried, we moved on to the next step, painting it with an oil based primer.   The undercoat used in the 19th century was often a red oxide based paint, and we used something very similar to it.  But wait…after a beautiful, sunny morning, all of a sudden clouds rolled in and we had the Florida specialty, a completely unanticipated drenching rain.  But did that stop the volunteers?  Not at all!

In this photo, we see them working under a piece of plastic drop cloth, held up by human tent-poles. 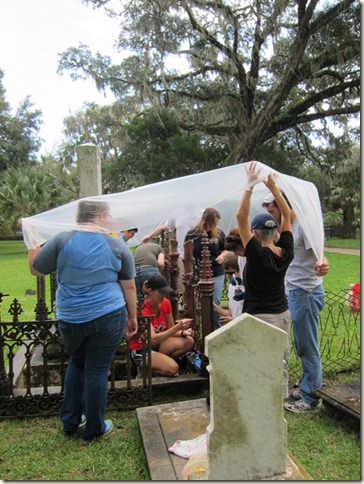 And, alas, although we had one more step – letting the primer dry and then giving it a couple of coats of flat black oil-based paint – we had to call it quits after the primer coat. However, even having gotten that far was enough to protect the metal, so we packed up our things and the dripping volunteers then went their ways to dry off or, better yet, to eat barbecue at Mojo’s across the street. 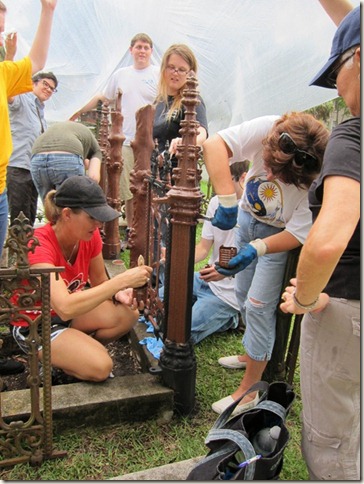 So I can’t put up the final photo yet…but Matt and others will be back in the cemetery some time in the next few days to do the final coats, and as soon as they’ve finished, their splendid work will be displayed here for you.

It was a great project with great volunteers and a truly excellent presentation and instruction by Matt.  And it is the first of many!

Posted by Elizabeth at 5:21 PM No comments: