Tolomato Cemetery has the graves of many veterans, including veterans of both sides of the Civil War, and our last preservation work day focused on repairing some of these headstones. We cleaned numerous markers, but the biggest project of the day – actually, it took two days – was the straightening of the marker of Hector Adams,  who died in 1876 and had served in the United States Colored Troops during the Civil War.  These were regiments set up by the Union Army specifically for the recently emancipated African Americans.  The Emancipation Proclamation was read in St Augustine in 1863 and Hector Adams joined the 21st Regiment, Company A, at Fernandina Beach on June 3, 1863, along with Frank Papy, who is also buried at Tolomato. 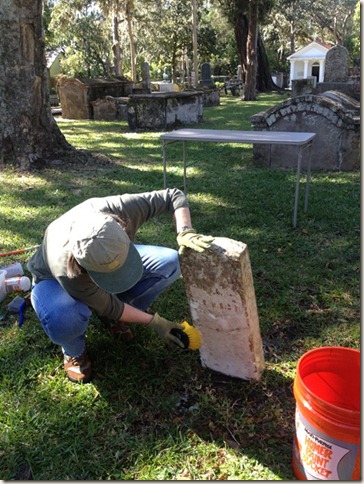 Hector Adams and Frank Papy both have the military markers provided by the Veterans Administration, probably shortly after their deaths in the 1870s.  We cleaned Frank Papy’s marker, as you see in the photo above, and then set about straightening Hector Adams’ marker, which had been tipped over and pushed off of his grave site by an aggressive palm tree that had been allowed to grow up on the site.  Unfortunately, once we had opened the ground, we found that the root ball of the palm tree had wrapped itself around the base of the marker and refused to let go.  As a result, what looked like a simple project turned into a long and arduous day as volunteers dug and scraped to free the marker from the tree and then reset it a couple of feet away in a safer location. 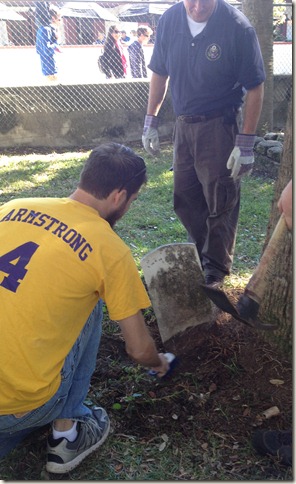 In the above photo, Matt Armstrong and other volunteers examine the marker while in the photo below, a volunteer begins to dig. 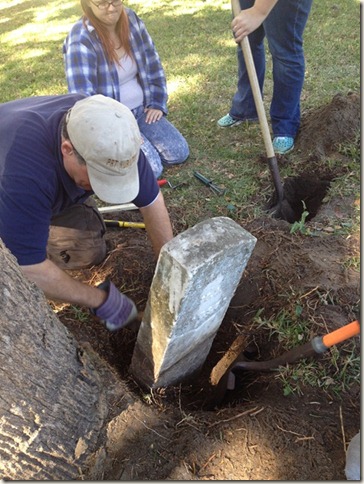 The marker also turned out to be much longer than we had expected, and for a while it seemed that we would never reach the bottom edge.  But it finally happened, and below we see volunteers Bob Kennedy and Haley Wigley working out a strategy for lifting it.  Next to it you see the new hole dug for it. 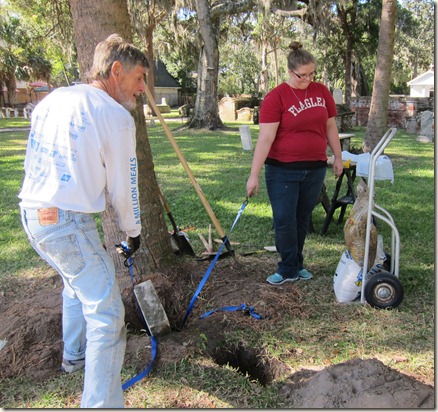 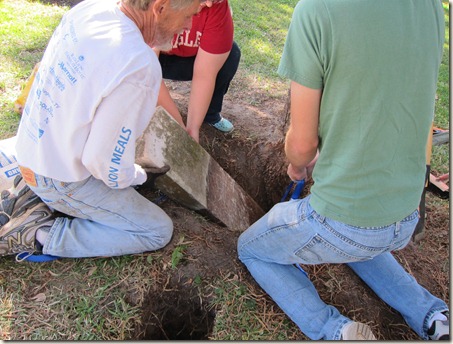 And it’s out!  Haley balances it on the dolly before moving it off for cleaning. 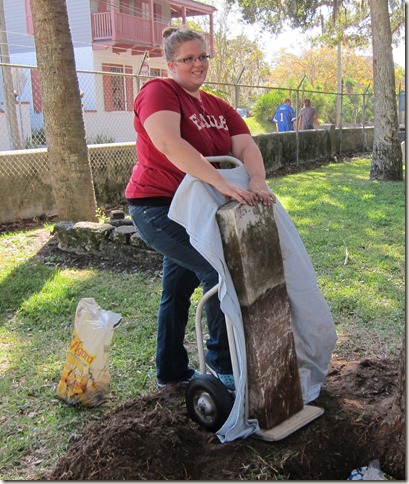 Matt examines the marker, pointing to the how deeply it had been buried. The marker is 36” high and had been buried about 22”, something that would not have been a problem without the palm roots. 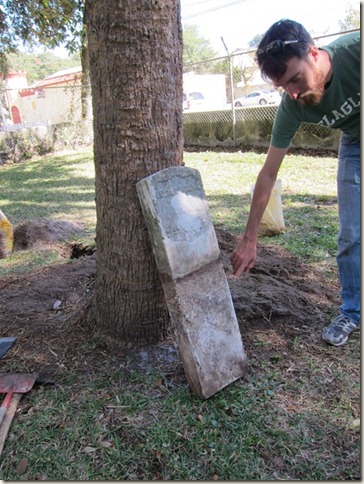 Next came cleaning with our trusty D/2 product. 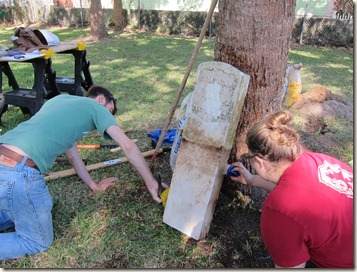 This was followed by resetting it in the new hole (after carefully recording the change that we had made, of course!). 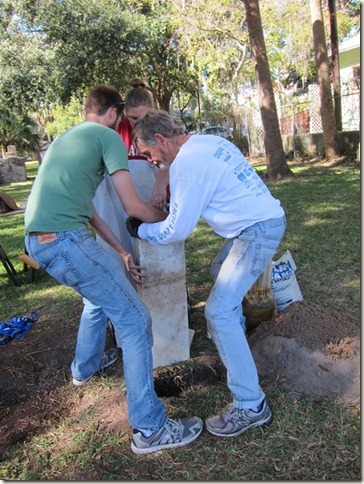 And then our Veterans Day work was done, with Hector Adams’ marker restored to the upright position, cleaned and once again visible to all. 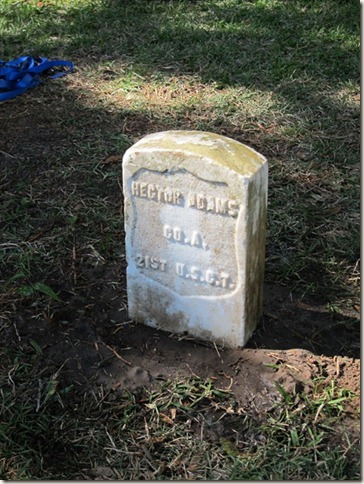 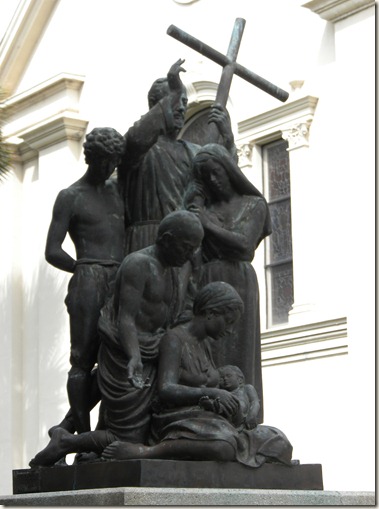 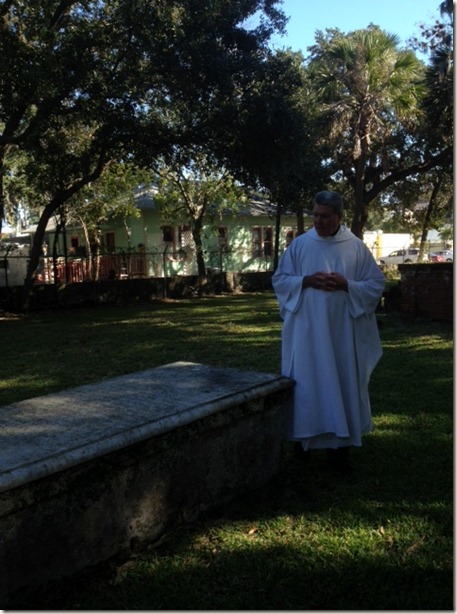 But the squirrels didn’t win!  Above, Fr. Ed Booth (who has Minorcan roots) from the Cathedral parish stands for a moment after blessing the grave of his long ago predecessor, Fr. Miguel O’Reilly, who during the Second Spanish Period was the first pastor of the parish that is now the Cathedral. Fr. Miguel O’Reilly died in 1812 and was buried at Tolomato; his successor, Fr. Miguel Crosby (another Irishman ordained in Spain) is buried nearby.
Posted by Elizabeth at 9:01 AM No comments: