The Tolomato Cemetery Preservation Association has been in existence for somewhat under a year, and we already have a goodly number of members and volunteers.  So we thought it was time to host a special event at Tolomato Cemetery just for members and their guests.
Yesterday, June 29, was the day!  Unfortunately, it was also a day full of drenching rains and the occasional thunderstorm, most of them right at the time that the members were supposed to start arriving at the cemetery.
So attendance wasn’t what we had hoped, but those who came out despite the rain got a real historical treat, with talks about the cemetery and even an 18th century soldier (also known as John Cipriani) standing by.
Nick McAuliffe presented a talk on Tolomato Then and Now, using historic photographs, mostly from the late 19th century (around 1880) to contrast how Tolomato had looked in the days when it was a forest of wooden crosses and grave enclosures, and how it looks now.  Locating the photos at the points from which they had been taken, he pointed out the changes, the lost markers, and the additions that had occurred over the 130+ years since the photos were taken.
Here we see Nick giving his talk while our 18th century solider and Louise Kennedy watch from under a nice comfy umbrella.  Incidentally, the rain did taper off, and most of the rest of the evening was a little damp and drippy under the trees, but very cool and pleasant. 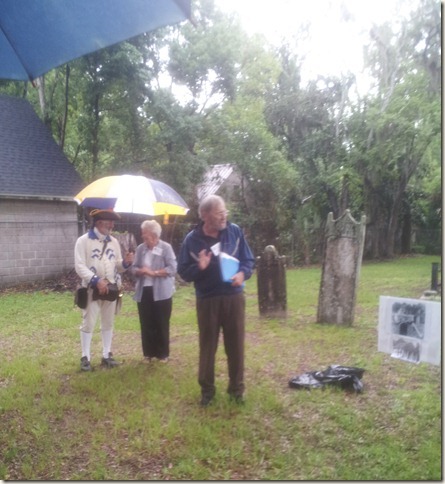 Elizabeth Gessner gave a presentation on her translation of the 1811 cemetery plan (below) created by the Spanish authorities, probably in cooperation with Fr Miguel O’Reilly, the pastor of the parish at that time.   This plan was never carried out (1811/12 was not a good year for the Spanish!), but shows an elaborate design for a new cemetery on or just behind the site of the current Tolomato Cemetery.  Dr. Jim Cusick, who attended the event, is going to search for more information on the  map and thinks he may be able to determine the engineer who created it. 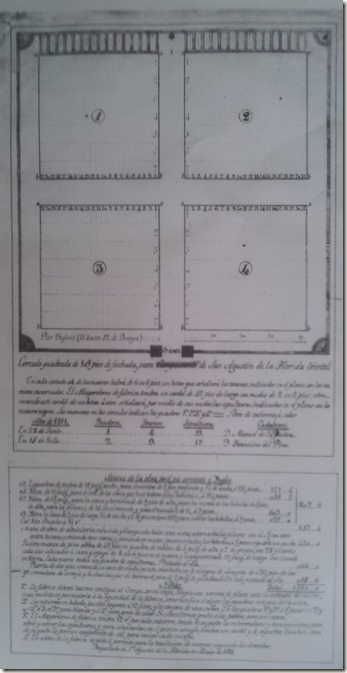 Finally, Matt Armstrong talked about our preservation activities, both past and planned for the future.  This included whipping out a bottle of D/2, the magic headstone cleaner, from under his jacket. He got the group so enthusiastic about it that Priscilla de la Cruz was able to collect the names of a long list of people who want to hear about the next preservation workday.


So while the rain cut down on attendance, the event was great, and Sue Howden, Carol Lopez Bradshaw, Louise Kennedy and Moises Stzylerman made the brave guests feel welcome, while Mary Jane Ballou played the harp on the porch of the Varela Chapel to distract them from their slight sogginess.
Posted by Elizabeth at 10:42 AM No comments:

We had a pleasant surprise at Tolomato Cemetery yesterday when TCPA member Natalie Lucas brought Latrell Pappy Mickler to visit the cemetery.  Latrell Mickler has written an excellent, story-rich book on her Minorcan ancestors, focusing particularly on the Papy and Pons families and their descendants. 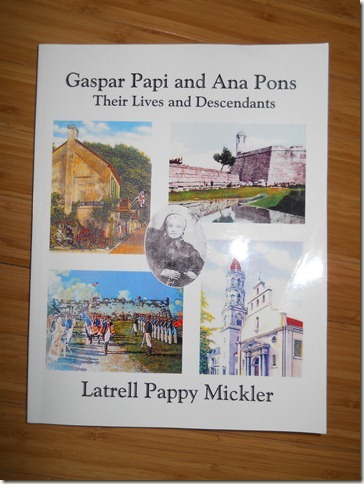 She spent many years researching it, poring over records in the archives in St Augustine as well as personally interviewing other Minorcan descendants and finding records elsewhere. The result is a large book with factual accounts, some quite detailed, of the lives and deaths of many of the people buried at Tolomato Cemetery.

One particularly sad story concerns a vault that we worked on restoring this spring, the Oliveros-Papy vault (both, of course, families to whom Latrell Mickler is related). 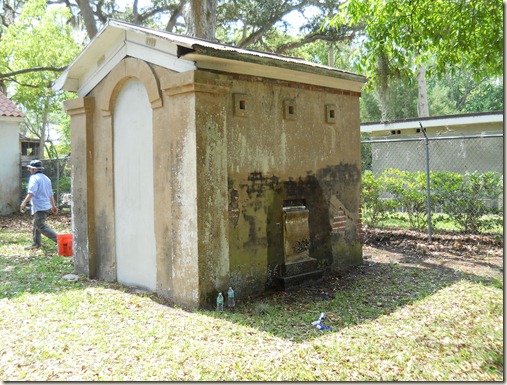 One of the stones we cleaned was this pretty stone bearing the name “Nena” and a spray of roses, as well as the information that Nena was only 16 when she died. 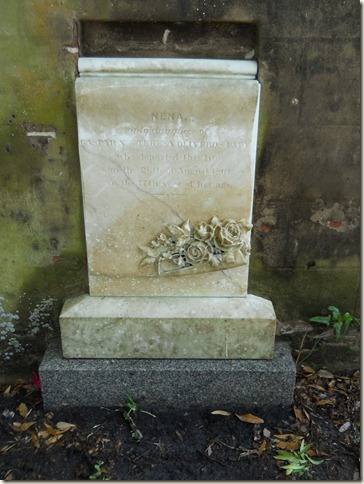 And as sad as the death of any young person is, her story was even more tragic.  Latrell told us the details: when Nena Papy was 16, she was accidentally shot and killed by her younger brother, 12 years old at the time. The killing, reported in the press, devastated the family and probably contributed much to the later unhappy life of the brother.

There is an account of the event in Latrell Mickler’s book, along with many other stories that remind us of the real people buried under these historic stones and our need to treat the cemetery with respect and care. 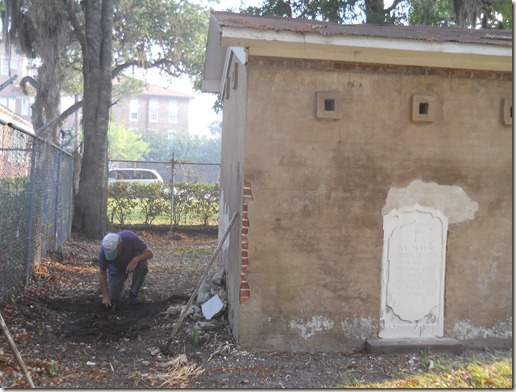 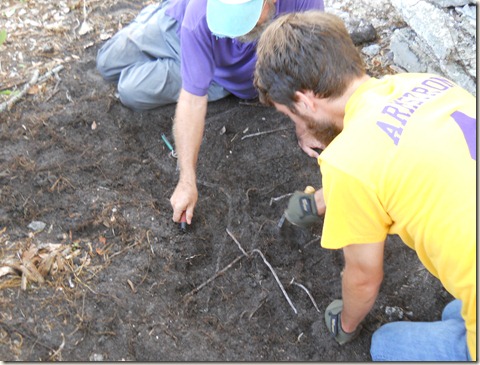 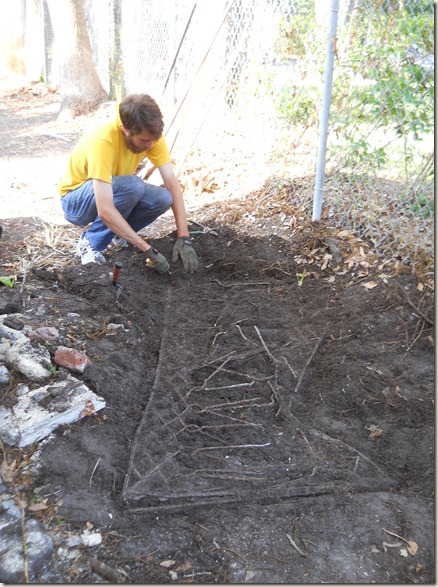 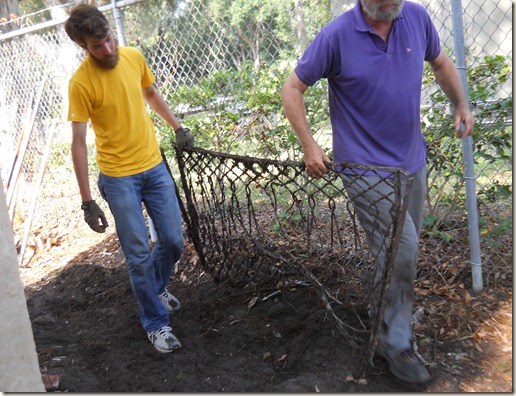 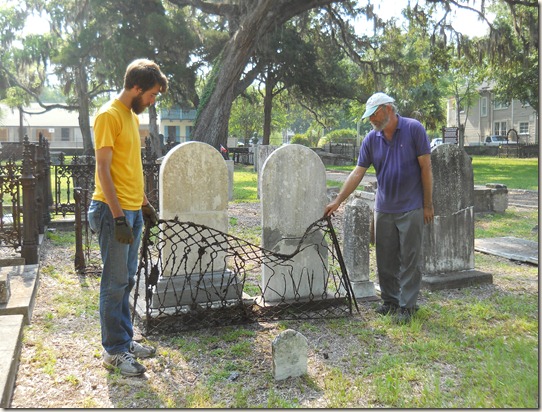 The TCPA is delighted to welcome the new Bishop of St Augustine, Bishop Felipe Estévez, who in addition to everything else, will have Tolomato Cemetery under his care.

In this photo, Bishop Estévez arrives at the door of the Cathedral – which will now be his cathedral, where his cathedra (chair or seat) is located.  For those who have never seen this ceremony, the new bishop arrives at the closed doors and taps on them with a small silver hammer. The doors are then opened from the inside and the bishop is welcomed into his cathedral. 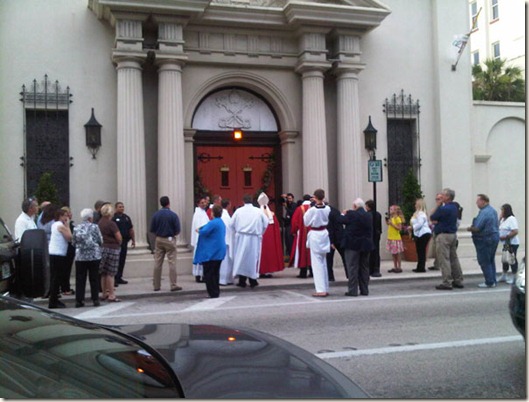 I wasn’t able to get a photo of the hammer or the bishop actually tapping on the door, unfortunately, but in this photo taken from the plaza during a brief gap in the traffic, you can see the bishop arriving.

At the door, Bp. Estévez quoted the words said by our founder and first governor, Pedro Menéndez de Avilés, upon landing:

“My ultimate object and desire is to procure that Florida be settled in perpetuity so that the holy Gospel be extended and planted in these provinces.”

Posted by Elizabeth at 6:55 PM No comments: