Tolomato Cemetery was lucky enough to be chosen to host an NCPTT (National Center for Preservation Technology and Training) workshop this weekend.  I say “fortunate” because we emerged with a total of two vaults newly limewashed, four markers cleaned, one marker patched, one marker that had been broken and lying on the ground now completely repaired, one marker straightened, and bricks repointed on two different vaults.  Quite a total for only a day and a half of work! 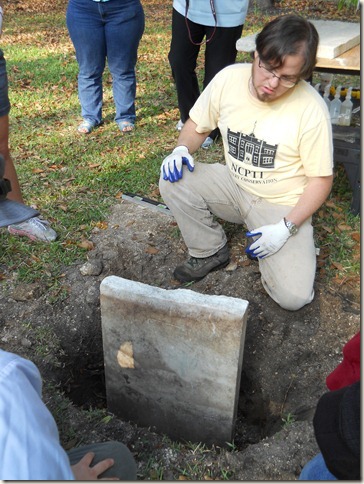 Jason Church (above) and Sarah Jackson (below) led the workshops, attended by 17 people ranging from preservation students to professionals already in the field to cemetery managers.  It was a hands-on workshop, and several TCPA members were able to participate as well. 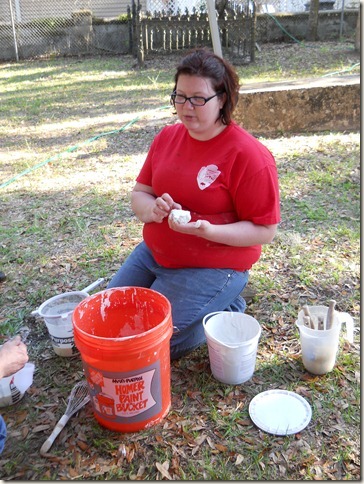 Over the next few days, I’ll post photos of the different markers and vaults that were the focus of the work. But in the meantime, maybe I’ll just go out to the cemetery again and admire the fantastic job done by the NCPTT staff and their great workshop participants! 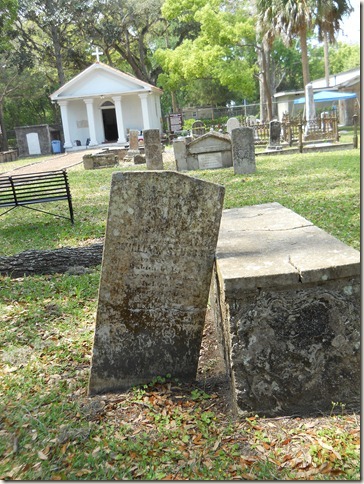 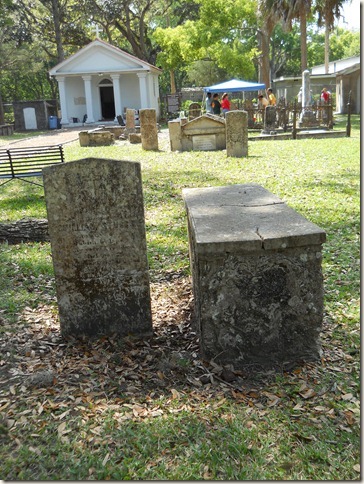 Posted by Elizabeth at 1:03 PM