While walking up Central Park West on an Easter visit to my old home in New York City, I suddenly saw a familiar face. Peering over the back of a passing taxi was Tolomato’s own Fr. Felix Varela! 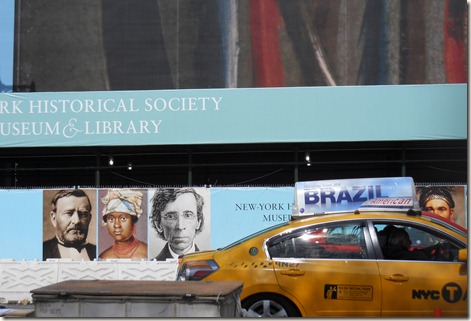 His face appeared as part of a set of reproductions of photos and paintings from the collection of the New-York Historical Society.  The museum has placed these images on the scaffolding and the construction barriers around its building, which is undergoing a major renovation and in fact is closed at the moment (it is scheduled to reopen in November, 2011).

This reminds us that Fr. Varela spent most of his career in New York City, founding parishes and working primarily among impoverished Irish immigrants in Lower Manhattan.  He was known as the “Protector of the Irish,” stepping out into the crowds during the Nativist anti-Irish riots of the 1840s.  He was long dead by the time of the infamous Draft Riots of the Civil War era, when the Irish were the ones doing the rioting and killing, but one thinks that he would probably have done everything to prevent them.

He also somehow found the time to run a pro-Cuban-independence newspaper directed at New York’s Cuban population, and these were the people who contributed to the construction of the chapel at Tolomato.

The New York Historical Society is  the oldest museum in New York City and has a remarkable collection of everything from paintings to finds from archaeological digs conducted in the city, as well a library that is a treasure trove of historical documents. 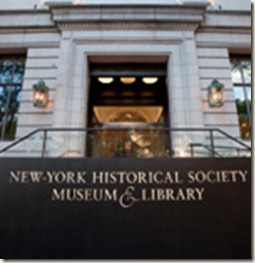 Posted by Elizabeth at 7:54 AM