The hardy band below assembled at Tolomato on a very, very hot and gnat-filled Saturday for our very first preservation work day.  Our objectives were to clean some markers in an area where we had done work earlier this spring, during the NCPTT workshop, to prepare a site for a storage shed we are installing to keep our preservation supplies on site, and to replace a brick in a long-damaged vault. 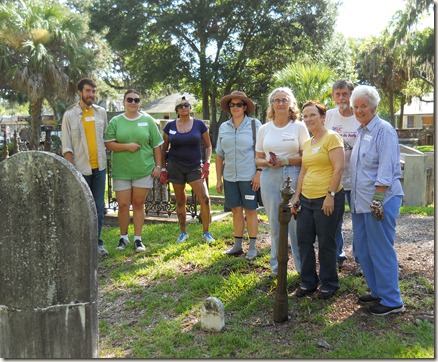 How did we do?  I’ll show you in detail over the next few days, but in the meantime, here’s a general idea. Below volunteer Elisabeth Seaton stands near the markers in a “before” photo.  We had cleaned two of the markers in this section last spring, and aimed to do 3 more today (we did five!). 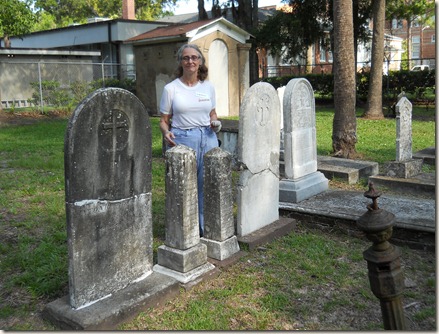 Here volunteers Heather Alexander and Rosalie Cocci work on two of the markers while Matt Armstrong, our TCPA preservation pro, prepares to start on another marker and Elizabeth Seaton cleans a ledger stone. 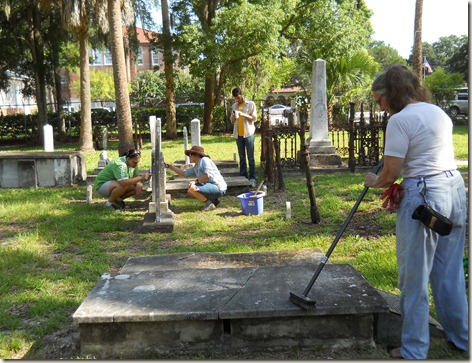 Omitting  photos of a couple of hours of gritty, wet labor, this is what we ended up with:  A row of lovely, clean markers whose text could be read for the first time in decades. But a more detailed report on that will appear later… 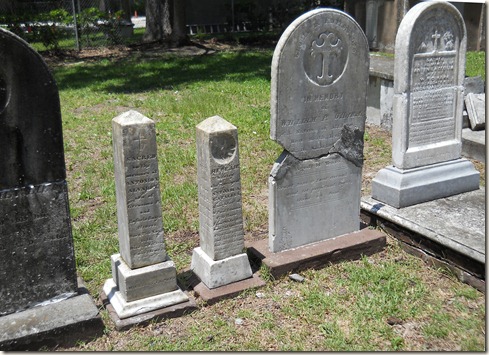 You’ll notice that the marker on the left was not cleaned. This was because it is cracked and in unstable condition, so we decided to wait and save it for a major project at some point in the future.

But throughout this, we had a particularly outstanding worker:  Bob Kennedy, who toiled quietly behind the vault for 3 hours, hacking his way through roots, buried ironwork and lumps of coquina, to create a level space for the storage shed that will enable us to keep our supplies dry and at the ready for the next preservation day! 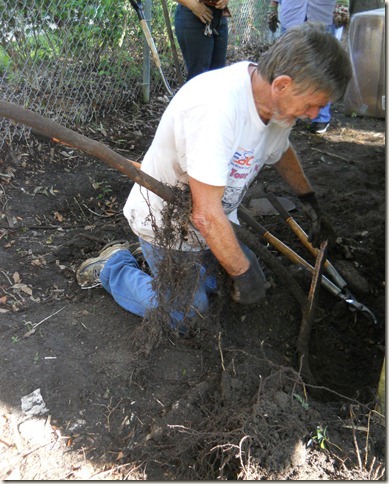 Posted by Elizabeth at 6:04 PM