John Garofalo, the Cathedral Parish administrator and TCPA board member, found this really interesting photo in an unlikely place, an office at the parish school. The photo’s owner had found it someplace up north and didn’t know anything more about it, and of course there was no other information on it.  So….what do you think? 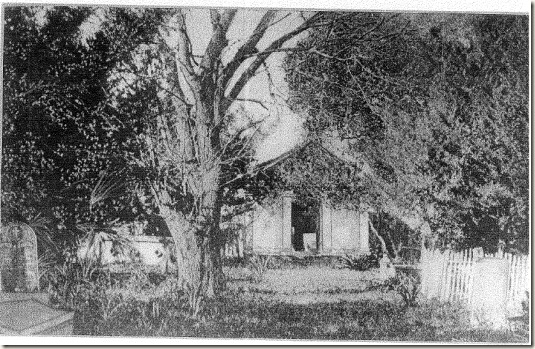 We know that the photo was after 1853 because that was when the chapel was built.  However, did the chapel originally not have a door? In this photo, it also appears to have a cross on the roof, although different from the current cross.

The tree in the photo appears in another old photo we have, but we’re not sure of the date of that one.  The stone enclosure with the sort of “portholes” is still standing, but the stone with the cross and the scrolled name or names has disappeared, as has the vault in the lower left corner .  Some of the later (1870s and 1880s) markers don’t seem to be there, so this may be a relatively early photo. Or then again, maybe not.

I went out to the cemetery and tried to figure out where the photographer had been standing.  I took this photo below from further back and more to the left to see if I could get some idea of the general layout, but I don’t think it really revealed much of anything. 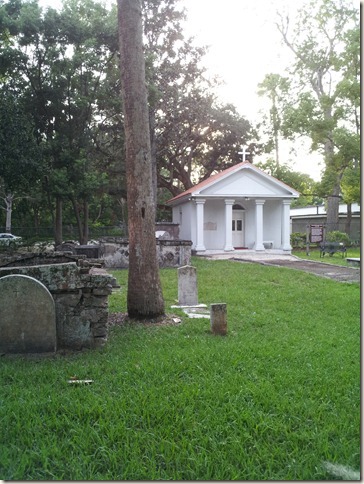 Any ideas or observations? All suggestions are welcome.

Posted by Elizabeth at 3:40 AM