My brief survey of graveyards in Charleston began with the enormous Magnolia Cemetery complex and then moved downtown to the old churchyards, where the oldest burials are located.  We went first to the cemetery of St. Philips Episcopal Church, which is located in a sort of nest of old churches.  The cemeteries run into each other and you can take a very lovely stroll through them. 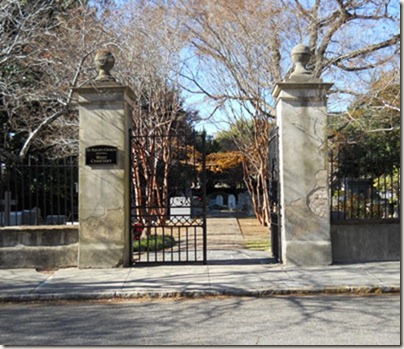 The gates proclaim that St Philip’s was founded in 1680, although the current church building and graveyard seem to date to the early 18th century.  Below is an old slate marker dated 1766. 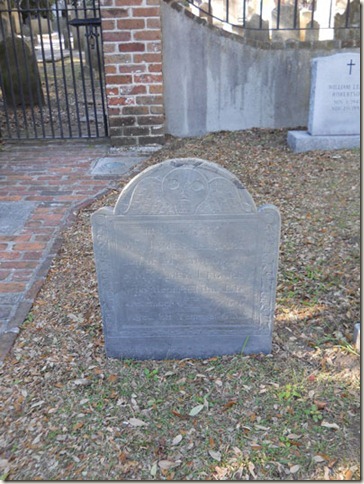 The graveyards are small, and the need for space meant that old headstones were often placed in the walls or, in this case, used to make walkways in the cemetery. 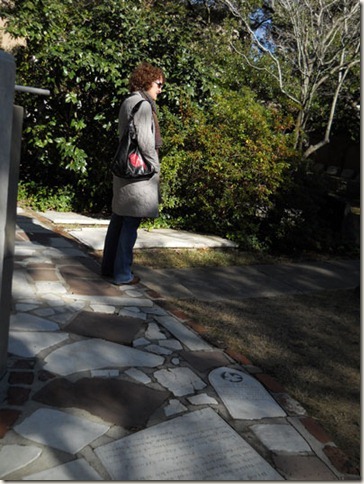 This is the adjoining graveyard of a church unsurprisingly known as the Round Church. 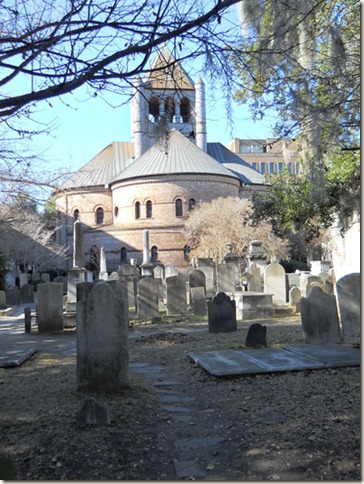 Since Tolomato was the cemetery for St Augustine’s Catholic parish, I thought I’d take a look at a contemporary Charleston version, that of St Mary’s Church. British Charleston did not have a very significant Catholic population, and the church was founded in 1789; the first building burned down and the current building dates to 1830.

Some of the burials, however, are earlier, although unfortunately the cemetery was locked and I couldn’t examine the stones and vaults more closely.  However, from the street I could read dates from the late 18th century and the 19th century prior to 1830. 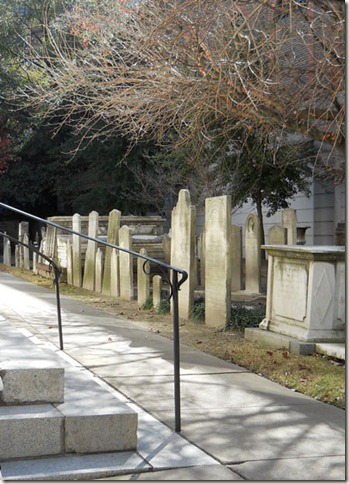 Many of the burials were those of French Charlestonians, and those that I could read indicated that their places of birth had been in France or Belgium.  The marker below bears the words “CY GIT,” which are based on the Old French equivalent of the Latin HIC JACET and, similarly, mean “HERE LIES.” 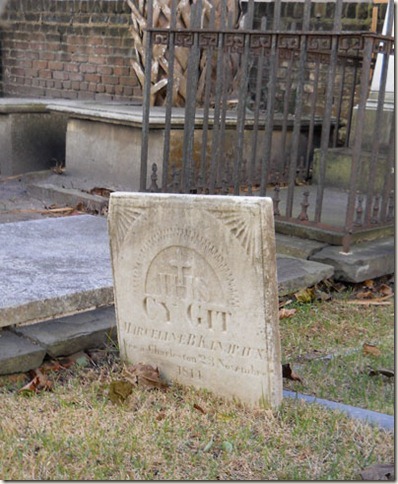 And that concluded my brief survey of Charleston cemeteries.

Posted by Elizabeth at 6:37 AM