Tolomato Cemetery was open this weekend for our special Fence Fund kick-off…but more on that later. 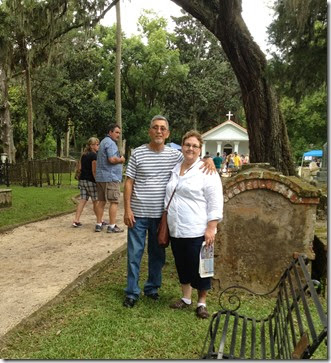 We had an unexpected visit from a couple, Gladys and Lázaro Prieto (above), just back from Havana. They had visited us a few years ago, and had promised to bring back photos of Fr. Varela’s burial place the next time they visited family in Havana.  And they were as good as their word - here are the photos they brought us on this weekend. 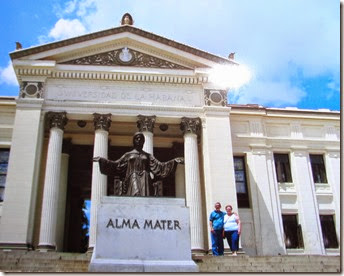 Above is the grand entrance of the University of Havana, and below is a small courtyard at the university that features a beautiful marble bust and memorial plaque in honor of Fr. Varela.  He is wearing what is probably an academic gown of the early 19th century, when he was a brilliant teacher at San Carlos Seminary, which eventually became the University of Havana. 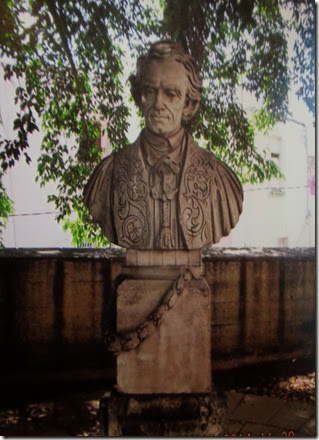 The bust is quite large, as we can see from the photo below that shows the Prietos standing next to it and in front of the plaque. 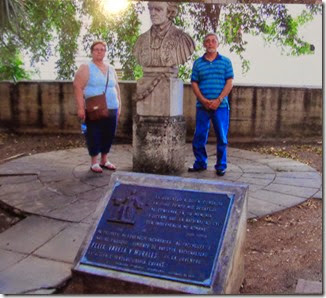 Following is a close-up of the plaque.  A translation of the the Spanish text reads, “The youth to whom I once devoted my efforts keeps me in its memory and they tell me that the new generation is not indifferent to my name. Felix Varela.  TO THE PATRIOT, TIRELESS EDUCATOR, PRIEST AND FAMOUS PHILOSOPHER, SEED OF OUR NATIONALITY, FELIX VARELA Y MORALES, FROM THE CUBAN REVOLUTIONARY STUDENT YOUTH.” 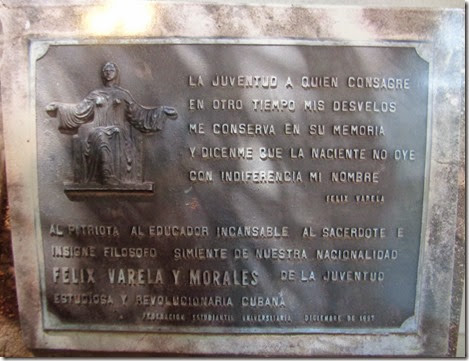 Below is the Aula Magna, the Great Hall, where Fr. Varela’s remains are kept in an urn.  The Prietos tried to get into the hall, which is used as a formal reception area for welcoming dignitaries and holding official functions, but unfortunately they weren’t allowed in – this time, although they hope to have more success in the future.  But even these views of the Varela monument remind us of St Augustine’s close connections with Havana, and Fr. Varela’s position as a link between the two cities.  Many thanks to Gladys and Lázaro Prieto for bringing us these great photos! 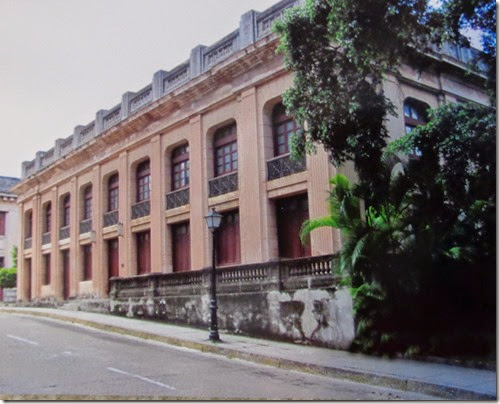 Posted by Elizabeth at 1:30 PM